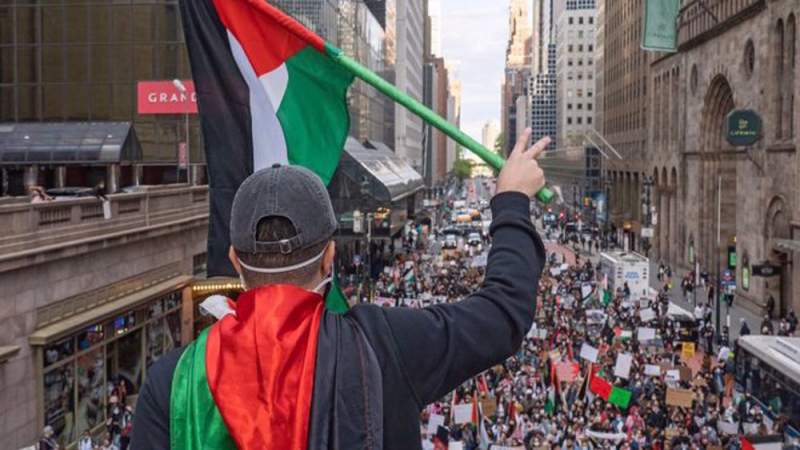 A labor union in the US state of Vermont has declared its decision to join the alliance of Labor for Palestine, a group that opposes “Israeli apartheid,” brining to 15 the number of American labor associations joining the alliance.

“This should come as no surprise,” the labor institution added, citing its leadership’s “reputation of standing on the right side of history and embracing rank-and-file unionism.”

“We have heard the call of Palestinian workers’ organizations for global solidarity in their struggle for freedom and justice and we applaud the growing number of US unions that have responded with resolutions, statements, and workplace actions, such as the Block the Boat campaign,” the council’s Executive Board Member Helen Scott emphasized in remarks regarding the decision. “We, therefore, endorse US Labor Must Stand with Palestine.”

According to the report, the pro-Palestinian labor alliance has previously blamed the atrocities committed by the Israeli regime against Palestinian people — since occupying their land in 1948 – on the persisting American sponsorship of the occupying entity.

“These crimes are only possible because of $3.8 billion a year (or $10+ million *per day*) in bipartisan US military aid that gives Israel the guns, bullets, tanks, ships, jet fighters, missiles, helicopters, white phosphorus and other weapons to kill and maim the Palestinian people,” the alliance declared in a statement last month following the Israeli regime’s bloody onslaught against the besieged Gaza Strip.

The council also congratulated the labor alliance to its “undeterred and uncompromising solidarity with the Palestinian fight for freedom” and called on all US-based organized labor “to support Vermont AFL-CIO’s righteous vision of building a united, powerful labor movement.”

The development came as a number of US unions and bodies had already joined the pro-Palestine labor alliance prior to Vermont, including UMN Clerical Workers Union, Black Attorneys of Legal Aid, Attorneys of Color of Legal Aid, Labor Against Racist Terror, Jews for Palestinian Right of Return, Central Jersey DSA, NYC DSA Labor Branch and others.

This is while nearly 700 political figures, academics, peace activists, and Nobel laureates called on US President Joe Biden earlier in the week to honor his commitments regarding protection of Palestinian rights, and to end the Israeli regime’s oppression.

In an open letter the 682 signatories further urged Biden to place “human rights at the center of US foreign policy” and to “help bring an end to Israel’s institutionalized domination and oppression of the Palestinian people.”

“A sustainable and just peace – for all people – will remain elusive if US policy holds to a political status quo devoid of justice and accountability,” the letter read.

The move also came after Washington slammed a recent decision by the International Criminal Court to launch an investigation into Israeli war crimes against Palestinians in the occupied territories, and failed to adopt any measures to hold Saudi Crown Prince Mohammed bin Salman accountable for the torture assassination of dissident US-based journalist Jamal Khashoggi.

“Only a consistent application of a rights-centered foreign policy can signal to Israel’s leaders that violations of international law will no longer go unaccounted for. Mr President, now is the time to set a new benchmark in American foreign policy that leads with justice and paves the way toward lasting peace,” the letter further emphasized.

Specifications of ,Scan-Eagle, the American spy plane that shot down in Sirwah, Marib

US to Withdraw Patriot Systems from Middle East, Repair Them for Use Against China: Report