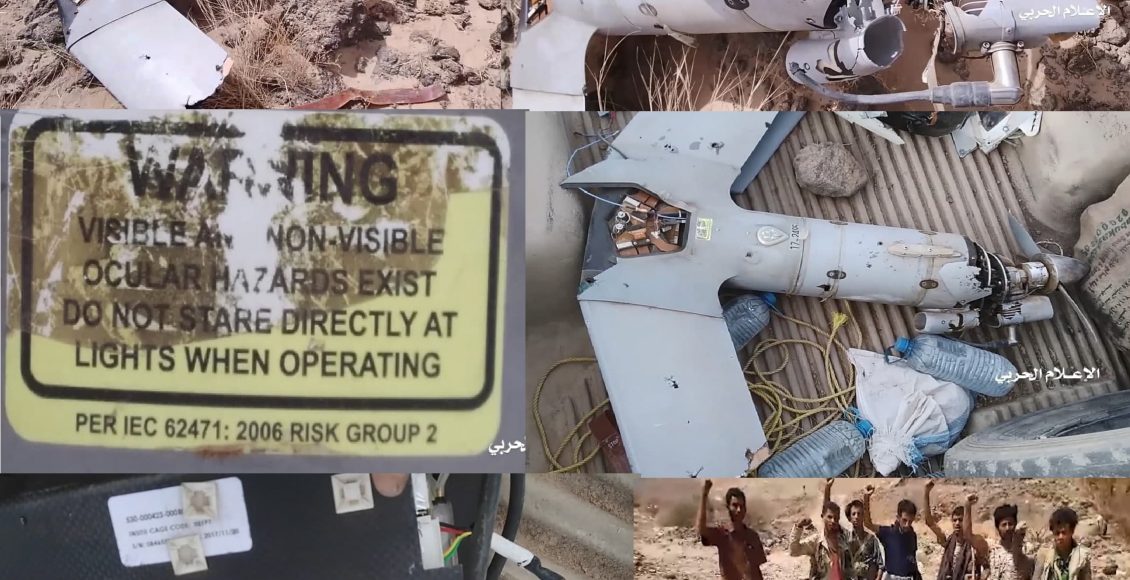 Today, Wednesday, the military media of the army and the popular committees released scenes of the wreckage of the two American spy planes, Scan-Eagle, which were shot down yesterday and the day before in Serwah district in Ma’rib governorate with undisclosed surface-to-air missiles.

The scenes contained the remains of the wreckage of the two planes, as well as modern cameras.