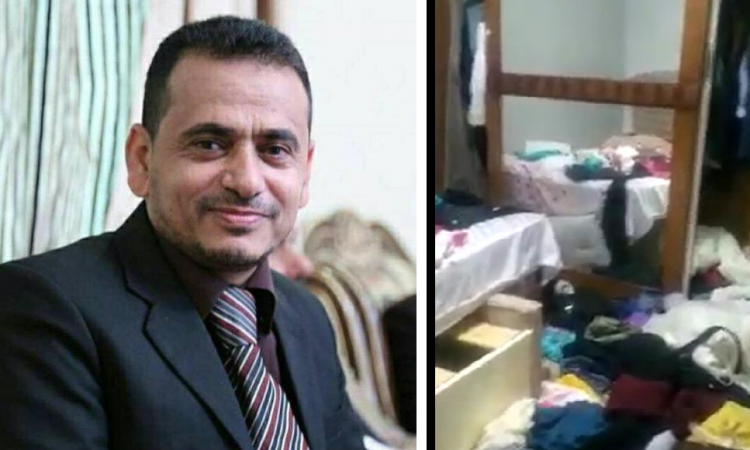 Egyptian authorities have on Wednesday arrested the son of a Hadi puppet government official who resided in the country, after had he claimed that his father’s apartment in Cairo had been broken into by members of Ansarullah.

According to diplomatic sources at the Yemeni embassy in Cairo, Egyptian authorities arrested the son of Raymah provincial prosecutor Mohammed al-Asal, after investigations proved that in fact it was him who had broken into his father’s apartment and stolen various items, after which he tried to pin the blame on the National Salvation Government of Yemen.

Al-Asal’s son posted a video of his father’s luxury apartment in Cairo, which had the al-Sarkha slogan of Ansarullah sprayed all over it.

The sources said the aim of the operation was not yet clear, with some believing the son was trying to blackmail his father or retaliate for something he had done.

Egyptian police investigations are currently still underway. Mohammed al-Asal himself is living in Turkey, which is the Yemeni Muslim Brotherhood’s main stronghold outside of Yemen.

Al-Asal’s son claimed that a quarter of a million Saudi riyals and 50,000 dollars in jewelry had disappeared from the apartment, sparking outrage even among supporters of the Saudi-led Hadi government for the sheer contrast it shows between the rich upper class living abroad and the impoverished masses of Yemen.

Eye of Humanity Center: The crime of the Saudi-led forces in Saada is a war crime