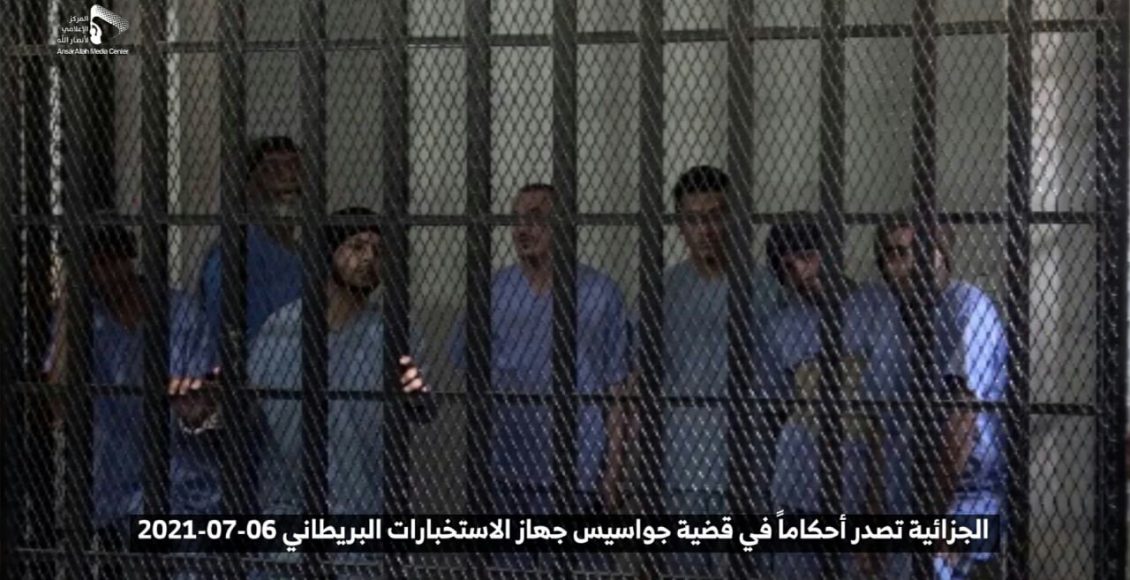 The Specialized Criminal Court of First Instance in the Capital Secretariat ruled in Criminal Case No. (537) for 1441 AH (CJ) regarding the espionage and sabotage activity of a number of British intelligence officers and others on the territory of the Republic of Yemen.

In its session held today under the chairmanship of Judge Muhammad Mufleh, the court ruled to convict the defendants of what was attributed to them in the criminal case and to impose the death penalty as a disciplinary measure against the defendants who are the following:

The verdict also passed a five-year prison sentence against the accused, Muhammad Sharaf Qaid Harish, while placing him under police supervision for three years, taking guarantees and pledges from him not to disturb security and public order, good conduct and behavior, and not to repeat what happened to him in the future.

The judgment also ruled for the confiscation of the seized items pending the case to the public treasury.

In its last paragraph, the judgment pronounced addressing the British and American officers present at Al-Ghaydah Airport and Al-Mahra Governorate, whose names were mentioned in the case file, and investigating them in the incidents of violating the independence and sovereignty of the Republic of Yemen.

As well as addressing the rest of the names mentioned by the convicted mercenaries and Yemeni agents, and investigating them over joining the ranks of the aggression.

Lavrov: US Policy of Engaging Russia from ‘Position of Strength’ Doomed to Failure

Yemeni Official: US leads the battle of Al-Bayda with the participation of extremist and takfiri individuals