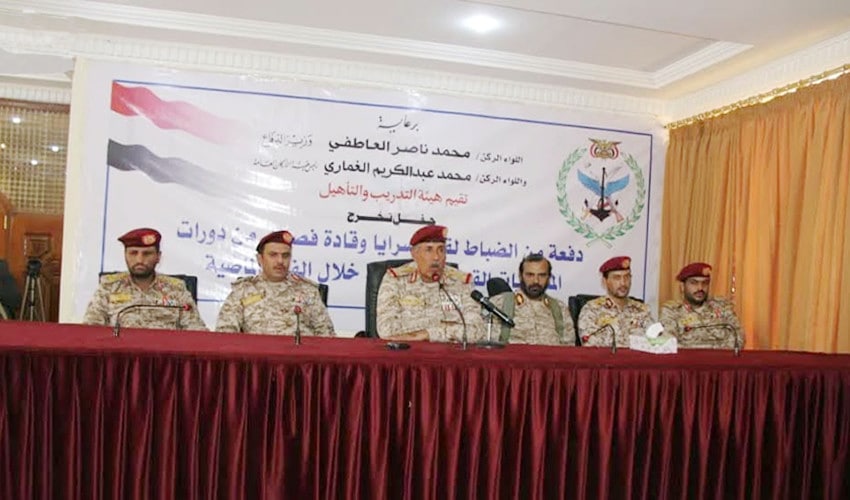 Yemeni Official: US leads the battle of Al-Bayda with the participation of extremist and takfiri individuals

Deputy Chief of the General Staff Major General Ali Hammoud Al-Mushki confirmed that the battle to defend national sovereignty waged by the Yemeni army and the popular committees against the coalition of aggression and its mercenaries has won for the injustice of the Yemeni people and has broken the arrogance of US, Israel and their followers and mercenaries in the region.

Major General Al-Mushki explained in his speech today, Tuesday, during the graduation ceremony of a batch of officers, that the leaders of battalions, companies and factions specialized from leadership levels courses in the presence of the Commander of the Sixth Military Region, Major General Jamil Zara’a and Assistant Chief of Staff Major General Ali Al-Araimi, that the mercenaries who sold their homeland and their people in exchange for a handful of Profane money will go to the dustbin of history.

He pointed out that the steadfastness of the army, the popular committees, and the free people revealed the ugly face of those who claim humanity and democracy and those who claim belonging to Arabism and Islam who are led and moved by the Zionist and US administration to implement their agenda in occupying Yemen and plundering its wealth and resources.

He stressed that the United States of America is leading the battle of Al-Bayda, which is being carried out by mercenaries from Al-Qaeda, ISIS and Al-Nusra who were brought from all over the world.