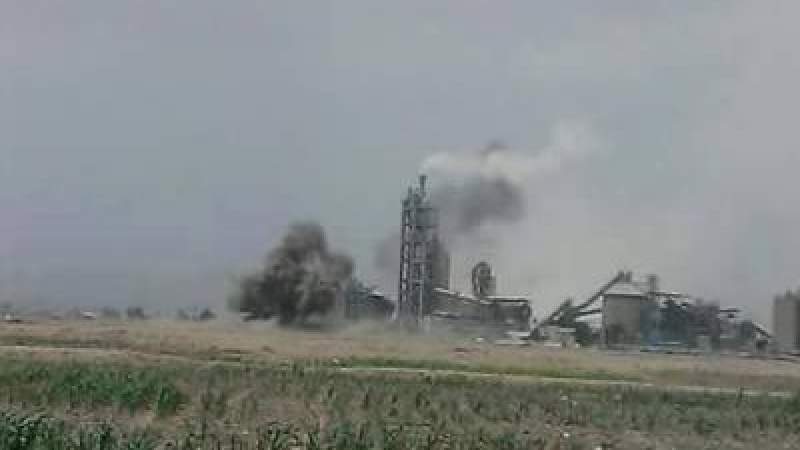 Yemeni official: The losses of Al-Barah Cement Factory as a result of the aggression exceeded 30 billion riyals and $26 million

The Acting Director General of Al-Barah Cement Factory revealed that the direct and indirect losses resulting from bombing Al-Barh cement in Taiz governorate amounted to 26 million and 950 thousand dollars and 30 billion riyals until 2020.

In an interview with Al Masirah Network, Mr. Abdul-Khaleq Salam explained that 700 employees stopped working, which resulted in the displacement of many families and suffering some of them with mental illnesses. He pointed out that the number of families that were deprived of care that depended on their income from the factory reached 5,000 families.

Salam pointed out that the factory’s suspension led to the damage of many machines and equipment that were not affected by the bombing due to the accumulation of rust on them due to the stoppage and lack of maintenance.

He considered the international silence towards what the aggression is committing as a green light and makes the United Nations a partner in all these crimes.

Salam called on all the free people of the world to put pressure on the United Nations and aggression to restart this vital facility, which would contribute to alleviate the suffering of the workers.