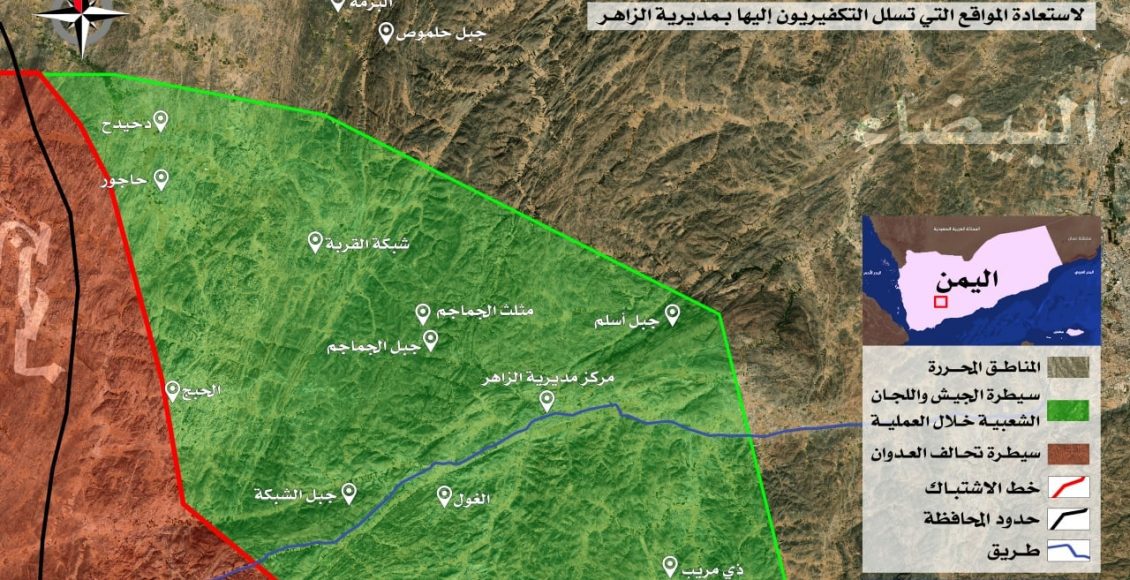 The Yemeni army and the Popular Committees in cooperation with the sons of Al-Bayda Governorate and its honorable tribes carried out a large-scale military operation that resulted in the liberation of Al-Zahir District completely and the restoration of all the sites that the Takfiri individuals tried to occupy backed by military, material and media cover from the United States of America and the Saudi regime.

The army forces and the Operation People’s Committees, in cooperation with the people of the province and the tribes, launched an opposite operation after confronting the massive advances launched by the Takfiri elements with funding, support and direct and declared planning by the forces of the American-Saudi aggression.

The military operation started from four tracks that ended with clearing and securing dozens of sites and dens that were used by the takfiri organizations for years as camps and factories for explosive devices under the auspices of the aggression coalition, led by the United States of America.

The military media presents scenes that showed some of the lightning battles waged by the army and the popular committees in which they were able – by the grace of God – to inflict heavy losses on the ranks of the takfiri organizations that fled, before they had managed to wrestle complete control over the region.

The Oil Company: The United Nations is a partner of the aggression in the piracy of oil derivatives