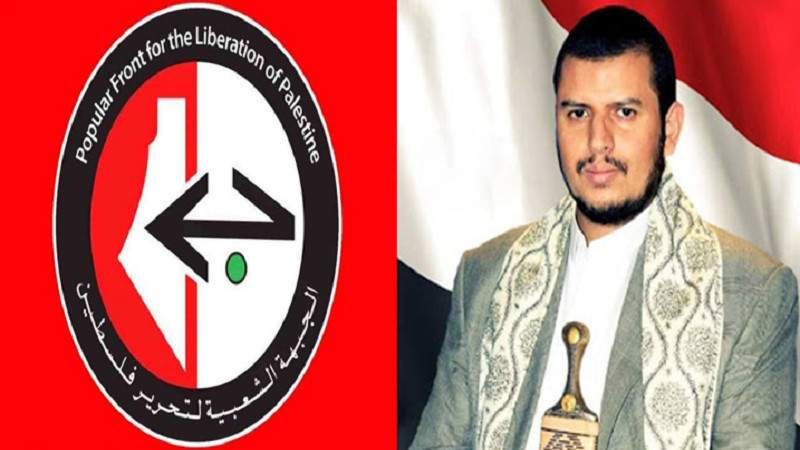 Palestine: The great Mujahid leader Abdulmalik al-Houthi is an exceptional leader whom our Palestinian people are proud of

Today, Friday, the Popular Front-General Command thanked Sayyed. Abdulmalik Al-Houthi after receiving a telegram of condolences to the martyr Mujahid Ahmed Jibril, Secretary-General and founder of the Front, which was sent by Commander Abdulmalik Badr Al-Din Al-Houthi.

The Popular Front said in a statement today: “We received a telegram of condolences for the martyr Mujahid Ahmed Jibril, Secretary-General and founder of our front, which was sent by the great Mujahid leader Abdulةalik Badr al-Din al-Houthi,” describing the leader of the revolution as the exceptional leader whom the Palestinian people cherish.

It added, “We preserve in our memory and minds a high appreciation for the leader Abdulmalik al-Houthi for what he and Ansarollah movement represent from an effective advanced position in the face of the Zionist-American scheme and its mercenaries.”

It pointed out that Yemen today, thanks to the legendary steadfastness in the face of aggression, has become at the heart of the resistance axis and is closer to Palestine than most of the official Arab regime, stressing its full conviction that Yemen’s victory is a victory for Palestine.

Hajjah: A child injured by the explosion of a cluster bomb left over from the aggression