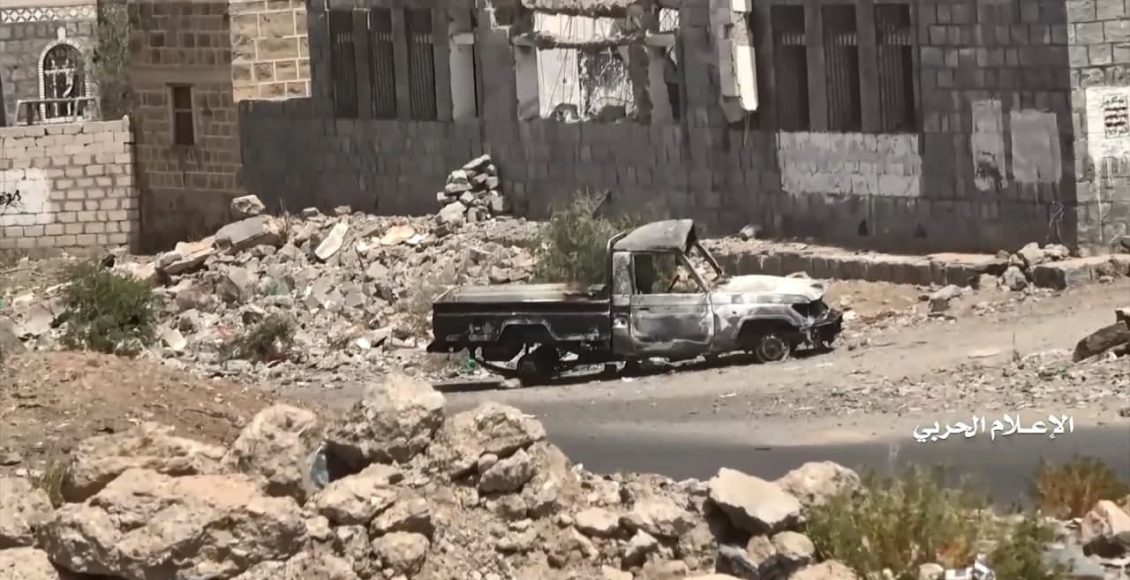 Today, Monday, the military media published a field tour of one of its correspondents in Al-Zahir district, Al-Bayda Governorate, after it was purged from takfiri individuals.

The scenes of the war media documented dozens of military sites and the center of the Al-Zahir district, which the Takfiri individuals infiltrated with the support of the mercenaries of the aggression and the air coverage by the aggression’s air force.

The military media reporter appeared in the same places where the channels of aggression were located, stressing that the enemy’s control lasted only one day.

During the past few days, the military media had releasedc several scenes documenting the military operation by the army and the popular committees to purify the districts of Al-Zahir and Al-Soma in Al-Bayda from the takfiri individuals and the mercenaries of the aggression.

Yemeni official: The United Nations should announce the blocking party to the Stockholm Agreement and clarify the facts to the international community