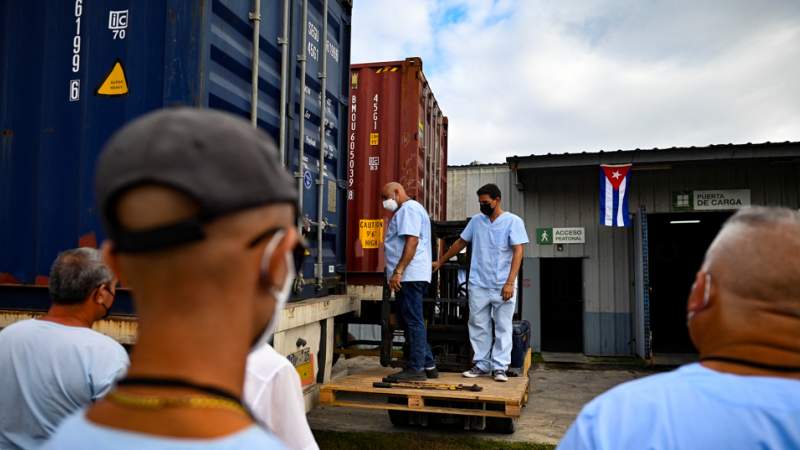 China Calls on US to Immediately Lift Embargo on Cuba

China has called on the United States to immediately and completely lift its all-out embargo against Cuba, as the Latin American country goes through difficult days in its fight against the coronavirus pandemic.

“At present, Cuba is at a critical moment in its fight against COVID-19 and in its efforts to alleviate people’s suffering,” Chinese Foreign Ministry spokesman Zhao Lijian said on Friday.

Several days of unrest in Cuba earlier led to at least one death, dozens of injuries, and more than 100 arrests. The protests erupted against the government of President Miguel Diaz-Canel as Cuba was experiencing its worst economic crisis in 30 years, with shortages of electricity and food exacerbated by the US embargo.

The president has held the US embargo responsible for the economic difficulties.

US President Joe Biden last week accused Havana of “repressing their citizens.” He said that his administration “was considering ways to force open internet restrictions in Cuba.”

The Cuban president said in response, “If President Joseph Biden had sincere humanitarian concern for the Cuban people, he could eliminate the 243 measures implemented by President Donald Trump, including the more than 50 cruelly imposed during the pandemic, as a first step toward ending the blockade.”

19 Air raids by the aggression warplanes on Marib ,Al-Jawf

Iran’s Fuel Delivery to Lebanon Slap in Face of US, Israel