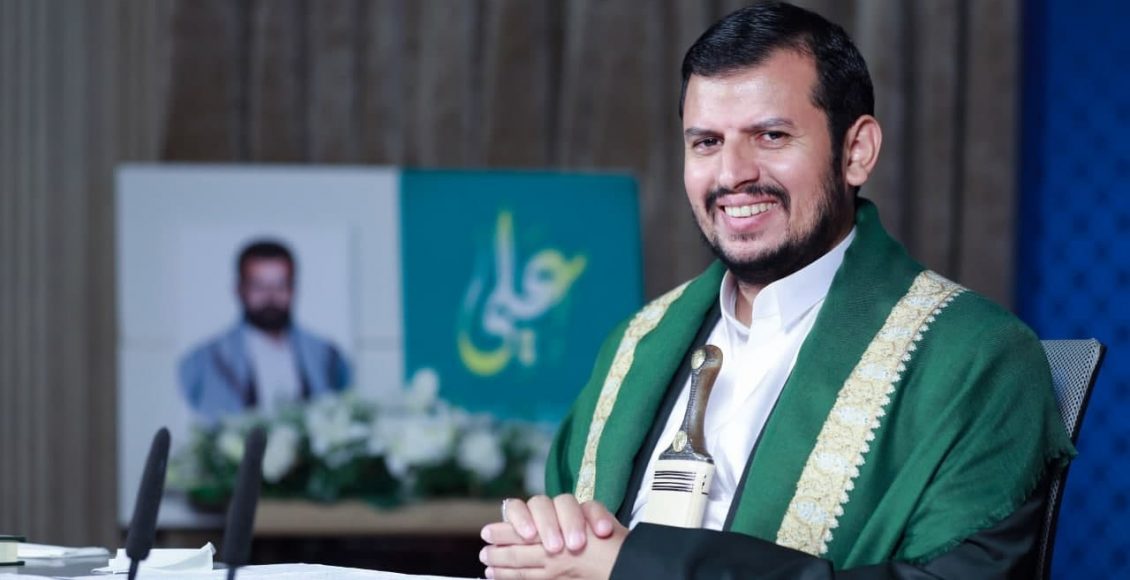 The Leader of the Revolution, Sayyed Abdul-Malik al-Houthi, affirmed that the Yemeni people celebrate Welayah Day as historical heritage of faith and not a new custom.

In his speech on Wednesday, the Leader of the Revolution congratulated the Islamic nation on the occasion of Eid Al-Ghadir also known as Welayah Day.

He said, “The celebration of Al-Ghadir Day is an expression of gratitude to Allah and an acknowledgment of the completion of grace and the completion of religion, adding “by our revival this day, we testify to the Great Messenger Mohammed that he delivered the message that Allah commanded him to do.”

Al-Houthi pointed out that among the contributions to preserving the prophetic text is the celebration of Al-Ghadir Day and talking about the acknowledgment of the message of the Messenger of Allah on this day, indicating that the messengers of Allah are the channels of connection to the guiding mandate or Welayah.

He explained that the guardianship of Allah for the believers shows the provision of guidance that protects them from humiliation, and wants them to build a dignified and strong nation, pointing out that the Qur’anic directives for those who believe come in a way that includes honor and mercy and is not in the form of royal decrees and dry orders, and most of the Qur’anic instructions express Allah’s mercy and encouragement and the promise of great good.

Al-Houthi emphasized that the guardianship of the tyrant is a follower of the source of misguidance, as the tyrant oppresses and leads to the loss of those associated with him on the right path.
He explained that the following of Satan is a deviation at the cultural, intellectual, practical, and behavioral levels and the level of human effort in life.

He said, “The Satan is all the parties that separate man/ human being from the extension of the divine mandate in its approach and its true sources, just as the guardianship of the Satan is a source of injustice, corruption, evil and striking human and innate values.” ”

He continued, “The position in which those who believe within the framework of the divine mandate are a site of responsibility, major tasks, and essential roles. God Almighty wants the believers to be dear, fulfilling their great and sacred roles and responsibilities.”

The Leader of the Revolution pointed out that the mandate of the Messenger, peace, and blessings be upon him, in his responsibility for the divine message is to convey and embody this message in practice.

He pointed out that “the Holy Qur’an emphasized the leadership role of the Noble Prophet and the importance of obeying him, as this is an essential part of our relationship with him within the framework of the mandate. Some Muslims had a problem understanding the importance of obeying the Messenger, so they disobeyed him in many issues, while some adherents of Islam had weakness in respect for the Prophet and their understanding of his status with Allah.

The Leader of the Revolution mentioned that the extension of the mandate or Welayah after the message is within the framework of the faith perfection that Imam Ali, peace be upon him, embodied as the link to the Messenger of Allah and the extension of his mandate in the nation.

He stated that what is required of Imam Ali’s guardianship is the continuation of the path of divine guidance in the reality of the nation and the establishment of the religion in a sound manner, away from falsification, considering the extension of the guardianship is a necessary matter in the Sunnah of Allah in His servants, otherwise, the void after prophecy will have a great negative impact.

He said, “In the Holy Qur’an there are many verses that presented Imam Ali, peace be upon him, as a model of perfect faith. His whole life was for Allah Almighty, present for sacrifice and movement seeking Allah’s pleasure, in addition to the emergence of Imam Ali as a first soldier to support the Prophet and Islam in Badr, Uhud, and Al-Ahzab battles.”

He added, “We see in the kindness of Imam Ali what embodies the faith values ​​in the devotion of work to God Almighty.”
He considered Imam Ali’s charity of his ring while he was in prayer a model for caring for the nation, which was demonstrated by the Qur’an as a qualification for Imam Ali to play the role of caring for the nation after the Messenger of Allah.”

He pointed out that the verse of Welayah shows the nation that this principle is a guarantee to protect it from internal deviation in favor of Jews and Christians and the movement of hypocrisy.
He explained that the authenticity of Islam remains represented by Imam Ali in his stance, approach, and path as a sound link with the Messenger of Allah.

Al-Houthi said, “The principle of guardianship preserves us in loyalty, approach, and position, so we do not deviate and do not live in chaos and disorder about loyalty and the cultural, religious, and intellectual aspect.”
He also stressed that the alternative to guardianship is the void and chaos that makes the nation a victim of spoilers, opportunists, and misleaders.

He pointed out that deviant groups such as hypocrites move under the headings of faith and exploit them to deviate the nation in its loyalty and practical methodology.
He went on to say, “The Jews are capable of confusing truth with falsehood, and they are skilled in the process of falsification on the religious level and the level of symbols and loyalties.”

He reiterated that the greatest threat to the nation in this era is the enemies’ quest to control it through cultural, intellectual, and internal penetration, which enhances the importance of the mandate or Welayah in protecting the nation from penetration and the possibility of exploiting it.

The Leader of the Revolution concluded his speech by saying, “The forces of the tyrant, led by America and Israel, are seeking to impose their mandate on us, and the gap through which they are executing is a state of chaos, disorder, and cultural penetration.

Yemeni official reveals the violations of the aggression in Hodeidah and confirms,…