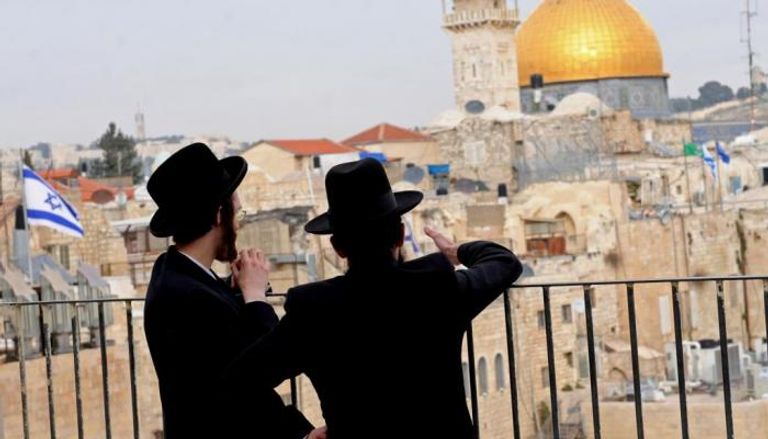 Factors of loss and causes of failure of the Islamic nation

Past deviations left major distortions in the nation’s present educationally, politically, culturally and in the awareness, and it sank into choppy waves of setbacks and failures as a result of its adoption of concepts and visions far from Qur’an, the Messenger and his family, who are an extension of the Prophet (May Allah confer His prayers (Salat) upon Mohammed and His family), for that, contradictory adopting imported ideas that formed a ground for intergovernmental conflicts and political and cultural interactions that made the nation an easy prey for colonial powers.

It was lost between the claws of the invaders who shared wealth and land, where some parts were occupied America, some by Britain, others by France, and another part by Italy. It sought to impose their cultures and language and obliterate the Islamic identity.

In this report, we will try to review part of the martyred leader Mr. Hussein Badr Al-Din Al-Houthi’s reading of the reality of the nation, in which it reached before his position and project. He has presented through the Holy Qur’an a project that offers solution, salvation, and liberation from America’s hegemony and an exit from the bad situation, loss and challenge, with the absence of what represents for him the immunity of the continuous targeting, attack, and thorough war.

The martyred leader (may Allah bless him) says in the lecture [Terrorism and Peace], “The Americans, Jews, and all Muslims enemies are moving with all their means to face and humiliate Muslims, to destroy their economy, distort their culture and corrupt their morals, then they launch an armed war against Muslims in different parts of Islamic countries, is this not what we are witnessing?

How was the nation lost?

The martyred leader (may Allah blessed him) sees that the nation’s loss was not the result of the moment, but because of previous deviations that reinforced the factors of the loss . He says, in the lecture of [Knowing Allah – Allah’s Grace’s – Lesson Two]: ((The nation was lost from the first day after the death of the Prophet Mohammed (May Allah confer His prayers upon Him and His family) and thus the factors of loss were reinforced by the false cultures presented to us by others that transform the Qur’anic verses and our orientation through the interpretation of Qur’anic verses to something other than what is intended for us in the reality of life).

He said in the lecture of [Meeting the Teachers, describing the contemporary situation, which is an extension of previous stages of loss, wandering and confusion in which the nation fell as a result of its failure to fulfill its responsibilities, “see why we lost responsibility. Are we not lost in all areas of our lives? This nation was lost in all areas of its life and became an oppressed, weak, ignoble nation and surrendering to its enemy even before it overcomes it, and its people may have surrendered to him. They make bases for it inside their country, and wait for striking Iraq, Saudi Arabia, and Syria. All this happens because they lost their responsibility, resolve of matters, and firmness of matters and they have surrendered”.

When we return to the beginning of the advent of Islam and look at the biography of Allah’s Prophet (May Allah confer His Salat upon Mohammed and His family), his suffering and the efforts he made in order to spread the message of the Almighty, we will find that it is illogical for the Messenger to leave his nation after his death without guidance, so he showed it the way and informed her of who would lead her after him, but the deviations that occurred after the death his death marked the beginning of the downfall and prepared the ground, the arena and the tyrants to rule the nation instead of those who represent an extension of the Messenger of Allah, so then the wrong alternatives came, and that is why the martyr leader Sayyid Hussein said in the lecture of [The Eighteenth Lesson – Lessons of Ramadan], ” When the methodology of teaching people was not taken through the Holy Qur’an, in fact, there was a loss of the nation, a loss of ages, a loss of generations, a loss of people”.

Instead of relying on the Holy Qur’an, they rely on hadith, most of which are incorrect and false. They consider them to be the Sunnah so that the enemies of the nation could penetrate it religiously. The martyr leader said in the lecture of [Islam and the Culture of Following], ” all the war against us is directed by the enemies of the nation on the religion itself”.

Extremist groups arise and the atoning (takfiri) discourse rises above every discourse, and the entire Islamic nation has become suffering from these groups that imitate the dress of Islam and practice deception and misinformation and receive unlimited support from the nation’s enemies, so the deceived youth have mobilized to the death burners, and we saw someone blowing himself up in the markets and gatherings, while the waves of wars are currently leading the bloodshed that targets the nation’s youth, so we have seen inhumanity crimes in Iraq, Syria, Yemen, Libya and other Arab and Islamic countries.

On the other hand, they also presented the nation with fake flags and cartoon symbols that made many of the nation’s people see Islam can not represent a solution or build anything. So many misleads under the name of religion and means of misleading and deception increased, and attempts to keep people away from the Holy Qur’an by any means.

Why do they fight the Qur’an?

The answer, as the martyr leader said in the lecture of [ the Islam and the Culture of Following]: because they know that the Holy Qur’an is the only thing that can build a strong nation, and that its Arabic language, which is the basis of its understanding, must be fought, excluded, and replaced by the English, and young people must be left to feel admiration and greatness when they learn English.

On this basis, Sayyid Abdul-Malik Alhothi confirms in his speech on the occasion of the martyrdom anniversary of Imam Ali (peace be upon him) that the process of distortion of religious concepts always occurs through misleading symbols and our enemies have superior abilities to mislead people, as they have the ability to employing the religious discourse itself, by distorting its concepts and turning its principles upside down, through this they can mislead many people, and deceive most of them, using multiple factors that contribute to the process of distorting religious concepts. When religion conquers and became stable, become indestructible-can and never be dispensed with or removed, then the people are bound to it so closely, unnervingly, and cannot be separated from it.

A reality worse than the reality of the Jews

The martyr leader said in the lecture of [There is no excuse for anyone before Allah], ” and let us know that we are in a darker reality worse than the reality of the Jews. We see that the Jews and the Christians are the ones who humiliate us, right? Aren’t the Muslims and Arabs under the feet of the Jews and Christians now as well as their governments and people?

The martyr leader Sayyid Hussein said in the lecture of [There is no excuse for anyone before Allah], and let us know that we are in a darker reality worse than the Jews. We see that the Jews and the Christians are the ones who humiliate us, right? Aren’t the Muslims and Arabs now Under the feet of the Jews and Christians as well as their governments and nations? Has Allah not said about the Jews and Christians that they have drawn upon themselves anger from Allah? Have they been put over destitution? No, they haven’t, but we have become worse than the Children of Israel. Do you understand this?”

Sayyid Hussein mentioned in the lecture of the International Quds Day that indeed, Israel has managed to reach a point where no one can stop it in front of what it wants and l the West is supporting it, while the Arabs are surrendering to it defeated. They cannot move or do anything in their countries to face it. Rather, it is a matter of time, and the Jews continue with their plans, and are working to create the right atmosphere for them to do something at the right time.

We are now facing a defeat. We talked about the fact that the Arabs and Muslims are truly defeated by the Jews. The problem of the Arabs and Muslims is that they did not trust Allah and that is why they did not return to His Book and His Greatest Prophet, they have not been sufficiently Knowing of Allah and His Messenger, so they have always been going around in a vicious circle, and they have always received blow after blow, till they become surrendering, condescending, submissive.