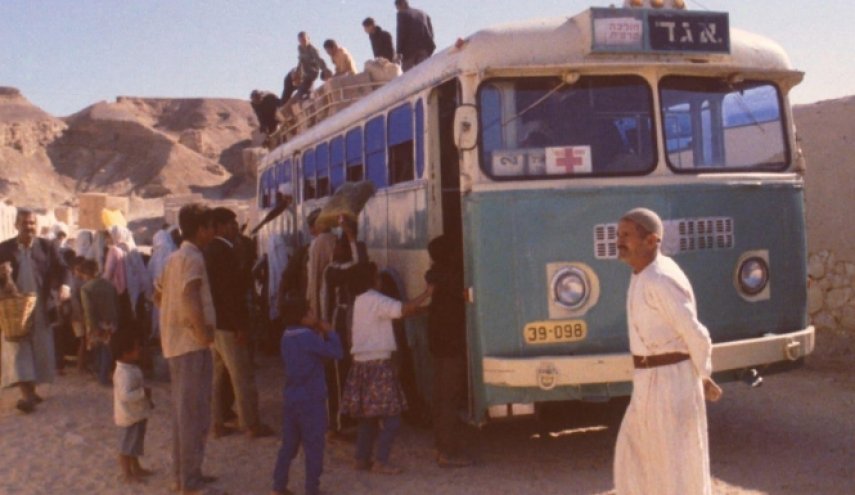 The Hebrew newspaper, Haaretz, revealed, this Friday morning, that “Israel” established secret detention camps for innocents from Gaza 50 years ago.

The Hebrew newspaper explained in a report that “Israel” has set up camps to detain Palestinians from Gaza in the heart of the Egyptian Sinai desert far from the eyes of the people.

The newspaper explained the story of Abu Znaima and Nakhl al-Maqaman camps in Sinai in 1971, under a heavy cover of secrecy, to arrest Palestinians from Gaza Strip who were not accused of any wrongdoing.

It continued: “In one of the camps, the sons of families members of Fatah movement were detained, accused of acts of resistance, and in the second camp detained unemployed youths.”

The newspaper reported that “the Israeli army took children, women and men from Gaza to the two camps in the heart of the desert, isolated from the world and the course of their lives, and they stayed there for varying periods, some of which lasted for several months, in conditions described by the Red Cross as “unbearable.”

The newspaper added, “The delegates of the Red Cross protested to the first coordinator of government activities at the time, Shlomo Gazit, that the families’ detention conditions were “almost inhuman.”

It indicated that the coordinator of the activities of the Israeli enemy government answered them by saying: “These families were isolated in order to prevent them from providing shelter for their wanted relatives, after the arrest of their relative, the family members are released.”

Raids on Marib ,Al-Jawf, and 136 violations recorded in Hodeidah