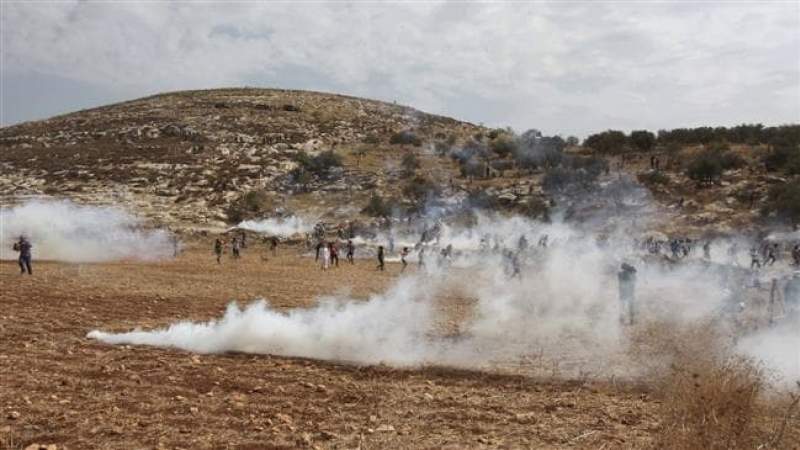 Nearly 170 Palestinians have sustained injuries in an attack by Israeli forces on anti-settlement protesters near the occupied West Bank city of Nablus.

The violence broke out after the Friday prayers when the Israeli regime forces opened fire on Palestinians protesting against the construction of a settlement outpost on Jabal Sabih in the town of Beita, south of Nablus, according to Palestinian media.

“168 injuries occurred during the confrontations with the occupation forces, including 5 with live bullets, 24 with rubber-coated metal bullets, while 132 others suffered from suffocation as a result of the Israeli forces firing tear gas canisters, while seven others were injured,” Ahmed Jibril, director of ambulance and emergency services at the Red Crescent in Nablus, told the Palestinian Ma’an news agency.

Local Palestinian sources told Ma’an that confrontations erupted in three locations with the occupation forces at the Beita Junction, Jabal Sabih, and the al-Houte area.

The sources added that the occupation forces used drones to drop tear gas canisters on Palestinians.

The Eviatar settlement outpost near Nablus has for the past two months become one of the focal points of clashes between settlers backed by regime forces and the Palestinians.

At least five Palestinians were recently shot dead by Israeli troops as they protested the appropriation of more than five acres of their land – previously used for the cultivation of olives – for the construction of the Israeli settlement of Eviatar.

The Israeli authorities have decided to turn Eviatar into a military base. But the Beita town residents have rejected the decision and pledged to continue their protests until the outpost is removed.

Tensions have reached boiling point as Israeli settlers continue their expropriation of Palestinian land, in some cases defying Israeli authorities by refusing to evacuate land that Palestinians depend on for their livelihoods.

However, decades of successive Israeli regimes’ economic and political support for the settler movement, including prevarication and indifference to illegal outposts, have emboldened the settlers.

Elsewhere in the occupied Palestinian territories on Friday, Israeli forces violently clashed with Palestinian mourners attending the funeral of a young man shot dead by the regime’s soldiers near the city of al-Khalil (Hebron).

The Tel Aviv regime fired tear gas and rubber bullets against the mourners, injuring a number of Palestinians.

According to the Palestinian Health Ministry, the 20-year-old Shawkat Khaled Awad was shot by Israeli soldiers on Thursday and was critically wounded in Beit Ummar town, north of the southern West Bank city of Hebron.

Palestinian media reported that the young man was shot in the head and abdomen before being admitted to hospital, where he succumbed to his injuries hours later.