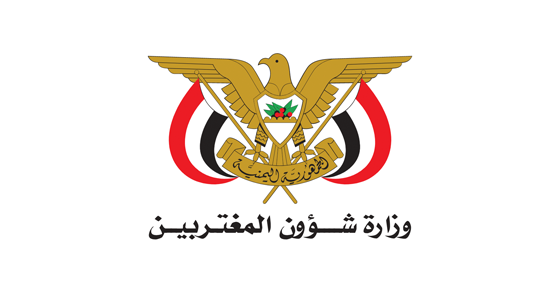 The Ministry of Expatriate Affairs, on Saturday, strongly condemned the Saudi authorities’ decision to deport Yemeni expatriates from Najran, Jizan, Asir, Al-Baha, and all southern regions.

According to a statement issued by the ministry, the Saudi arbitrary measures gave the owners of commercial centers, enterprises and companies four months to implement these measures or transfer Yemeni workers to other regions or replace them with workers of other nationalities.

The statement explained that Yemenis have been resided in these areas for decades and have real estate and commercial property and capital registered in the names of Saudis, according to the sponsorship system.

The ministry noted that these arbitrary measures are inconsistent with the most basic human rights guaranteed by the international laws, stressing that Yemenis have the right to file sues before international courts and organizations.

The statement called on the United Nations and international organizations concerned with human rights to play their role towards the violations practiced by the Saudi authorities against Yemenis residing on its lands, the latest of which was preventing their presence in the southern regions.