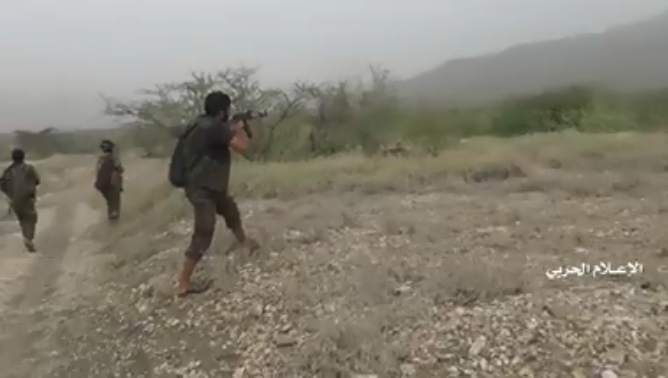 The Yemeni Army and the popular Committees carried out an offensive operation on the sites of the Saudi army and its Sudanese mercenaries, east of the Defense hill in Jizan.

During the operation, they were able to storm the enemy positions, killing and wounding more than 15 mercenaries, and inflicting heavy material losses on the enemy.

The military media released scenes that showed the details of the operation, which lasted for 4 hours, and showed the bodies of a number of the dead, indicating the extent of the abuse of the enemy and the storming of its positions and control over them, thanks to Allah and his help.