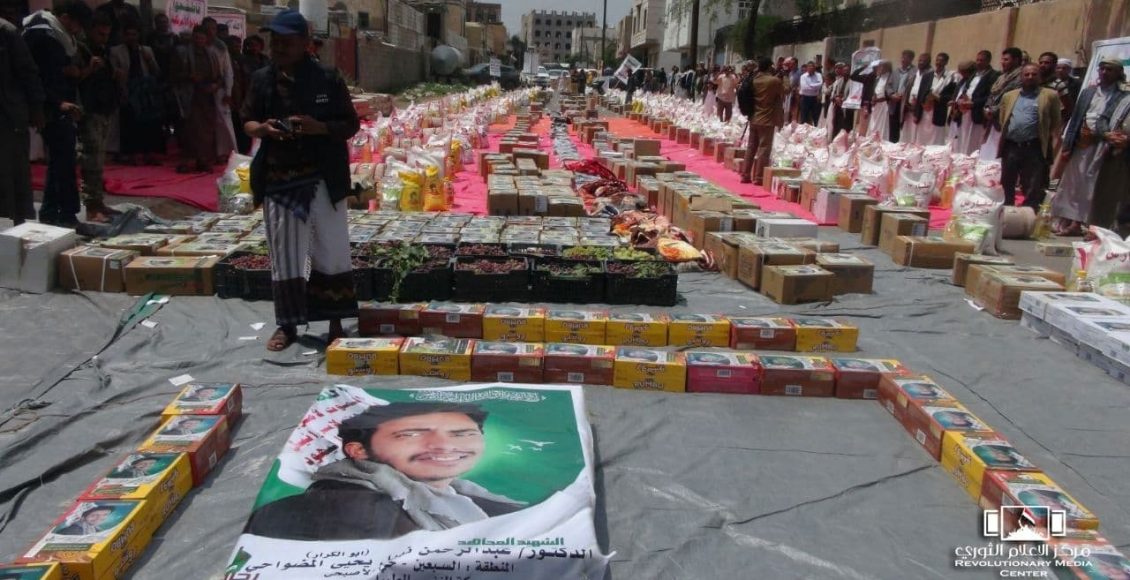 The family of the martyr Abdul Rahman Nabil Al-Madwahi, from the Al-Sabaeen district, in the Capital Sana’a, presented a food and medical convoy in support of the stationed fighters on the fronts, under the supervision of the Martyrs Foundation.

During the conduct of the convoy, the member of the Supreme Political Council, Mohammed Ali Al-Houthi, praised the sacrifice of the martyr Al-Madwahi and the giving of his family, who presented this convoy and embodied the meanings of generosity.

As well as the First Undersecretary of the Capital Municipality, Khaled Al-Madani, praised the generosity of the family of the martyr in presenting this convoy.

He also pointed out that the convoys of giving have been increasing since the beginning of the aggression, which confirms the Yemeni people’s awareness of the dangers of the aggression and siege they are subjected to.

While the father of the martyr, Dr. Nabil Al-Madwahi, explained that the convoy, which coincides with the first anniversary of the martyr, expresses the support of the families of the martyrs for those stationed on the fronts in defense of the homeland.

He stated that the convoy contained medicines, medical and surgical supplies and foodstuffs, stressing the importance of continuing to supply the fronts with money, men and equipment.