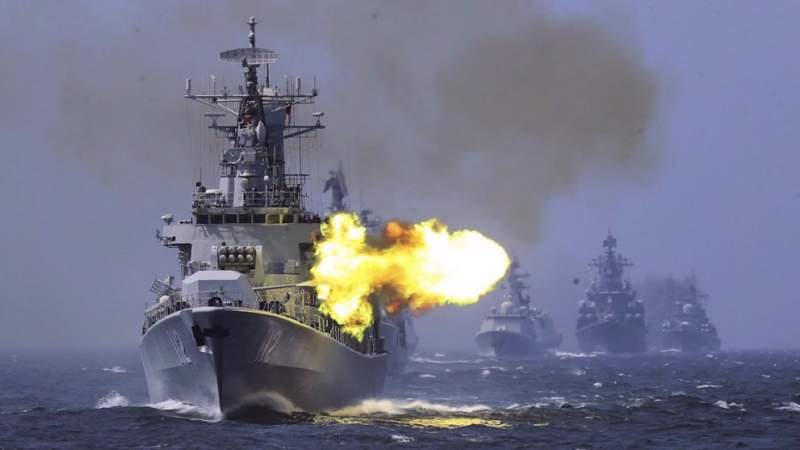 Beijing has held military assault drills near Chinese Taipei, in what its armed forces described as a show of force against “provocations” and “external interference” in the mainland’s affairs.

China’s military said in a statement on Tuesday that it had dispatched warships, anti-submarine aircraft and fighter to carry out “joint fire assault and other drills using actual troops” in the southwest and southeast of the self-ruled island.

It said that Taipei and the United States had “repeatedly colluded in provocation and sent serious wrong signals, severely infringing upon China’s sovereignty, and severely undermining peace and stability in the Taiwan Strait.”

“This exercise is a necessary action based on the current security situation across the Taiwan Strait and the need to safeguard national sovereignty,” it said. “It is a solemn response to external interference and provocations by Taiwan independence forces.”

Chinese Taipei falls under China’s sovereignty as part of the ‘One China’ policy. Almost all world countries, including the US, recognize that sovereignty.

But, in violation of its own stated policy and in an attempt to irritate Beijing, Washington has maintained and recently ramped up diplomatic contact with the self-proclaimed government in Chinese Taipei. Washington is also the island’s largest weapon supplier.

Soviet-Era President Gorbachev: US Must Learn from Afghan Failure

The Organizing Committee for the Events Determines the Arenas for Ashura Marches ,Calls for Broad Participation