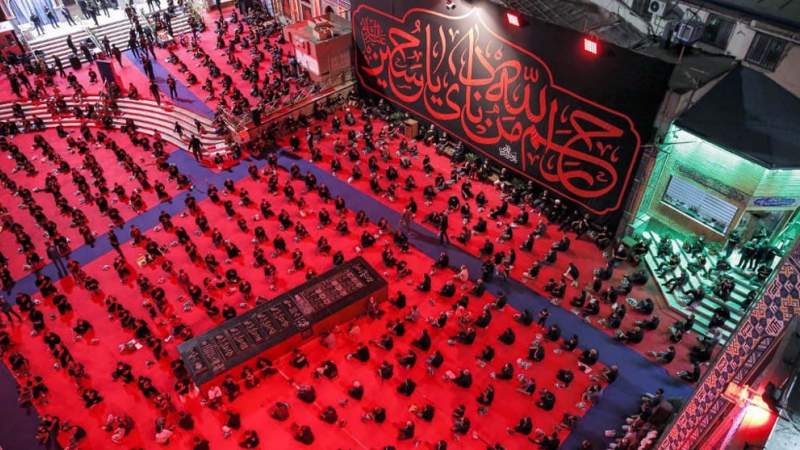 Millions of Muslims across the world observe Ashura, which commemorates the martyrdom anniversary of Imam Hussein (AS), the third Shia Imam and the grandson of Prophet Mohammad (Peace be upon Him).

Ashura is the culmination of a 10-day annual mourning period in the lunar calendar month of Muharram for Imam Hussein (AS), who was martyred along with his 72 companions in the Battle of Karbala in southern Iraq in 680 AD after fighting courageously for justice against the much larger army of the Umayyad caliph, Yazid I.

The Muharram ceremonies symbolize the eternal and unwavering stance of truth against falsehood and humanity’s struggle against injustice, tyranny and oppression.

Each year on Ashura, the mourners, dressed in black, march in mass processions, listen to elegies and hold noon prayers, with benefactors distributing votive foods.

In Iran, however, ceremonies are different this year as gatherings in closed areas and street marches are banned due to the COVID-19 pandemic.

The Iranians were also advised not to go on pilgrimage to neighboring Iraq amid a closure of borders over the coronavirus outbreak.

Leader of the Islamic Revolution in Iran Ayatollah Seyyed Ali Khamenei attended a mourning ceremony on the eve of Ashura.

He also noted that Hezbollah and Amal movement had agreed not to hold an Ashura march this year because of the virus outbreak.

“The lesson from the Karbala tragedy is that we should not be indifferent when it comes to helping the right and fighting the wrong, something that the Islamic resistance has learnt,” Nasrallah said.

In Afghanistan, Shia mourners marched peacefully in the city of Mazar-i-Sharif days after the Taliban’s takeover of the country.