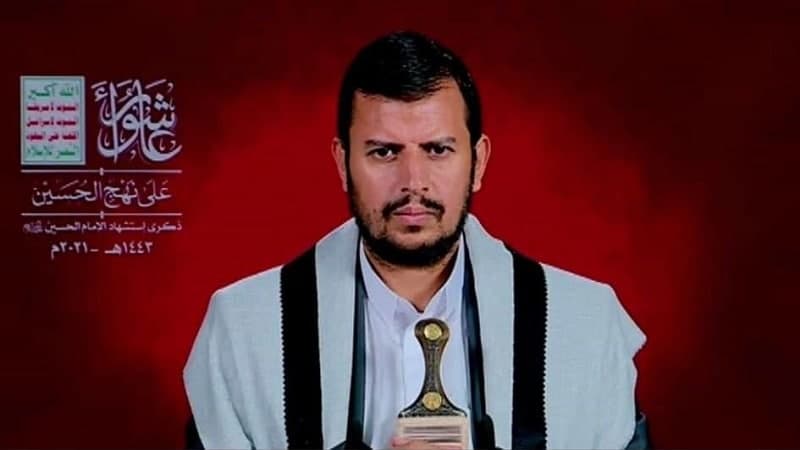 The Leader: The right to stand with the peoples of our nation and the falsehood to drag the nation to loyalty to US ,Israel

AbdulMalik Badr al-Din al-Houthi said during his speech this evening, Thursday, on the commemoration of Ashura 1443 AH, that we, as a Muslim nation, must strive for freedom and independence, and that the right to support the Palestinian people, support their resistance and expel the Zionists. He added that we also must to stand with the oppressed peoples of our nation in Lebanon, Syria, Iraq, Bahrain and in all countries of the world and that falsehood is in dragging the nation to loyalty to America and Israel

He also stated that the right to strive for the unity of Muslims, and the wrong is to spread hatred among Muslims and strive to divide them.

The leader stressed that the right is with our dear Yemeni people in confronting the US-Saudi aggression, which has no legitimacy and committed the most heinous crimes.It is wrong to stand with the aggression against Yemen, justify it, or remain silent about condemning its crimes and siege.

He pointed out that the right is also to strive to strengthen all factors of strength and steadfastness and to protect our internal front from the intrigues of the enemies, and to stand in the face of the enemies in their efforts to humiliate our people and our nation. Our , he added, choice is insignificant from our humiliation, stressing that the truth in our reality is not ambiguous as it was not ambiguous with Imam Hussein peace be upon him.

Sayyed. Abdulmalik Badr al-Din al-Houthi explained that the attitude of the weak, the desperate and the cowardly did not originate from confusion in the differentiation between right and wrong, but was a result of weak faith. He pointed out that our nation today is in clear progress, and the US defeat has become evident, as happened recently in Afghanistan, explaining that US is betting on proxy wars through its agents.

The capital, Sana’a, marks Ashura with a massive march