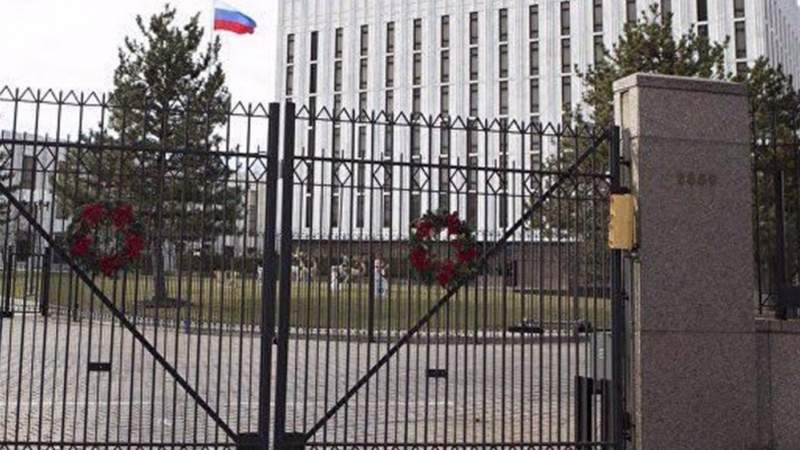 US Asks That 24 Russian Diplomats Leave by September

The Russian ambassador to the United States says Washington has called for the “expulsion” of 24 Russian diplomats by September.

“We received a list of 24 diplomats who are expected to leave the country before September 3, 2021,” Ambassador Anatoly Antonov told US monthly The National Interest.

“Almost all of them will leave without replacements because Washington has abruptly tightened visa-issuing procedures,” he said.

Deploring the latest expulsions, Antonov said the White House had become “persistent and creative in this business.”

“We hope that common sense will prevail and we will be able to normalize the life of Russian and American diplomats in the United States and Russia on the principle of reciprocity,” Antonov added.

In response to his remarks, US State Department spokesman Ned Price said, the Russians knew their visas would expire after three years and that they were free to apply for extensions.

He described Antonov’s remarks as “inaccurate.”

Russia has previously banned the US Embassy in Moscow from retaining, hiring, or contracting Russian or third-country staff, except for guards.

The move, which came into effect this month, forced the US mission to let go of 182 employees and dozens of contractors, according to the State Department.

“We reserve the right to take appropriate response measures to Russia’s actions,” Price said on Monday.

Price described those expulsions as a “response to the Russian government’s harmful actions” but said the United States valued “open channels of communication.”

Tensions between Moscow and Washington were expected to be eased after the June summit between Biden and his Russian counterpart, President Vladimir Putin, in Geneva. The two sides, howsoever, have seen deep-seated differences over a host of issues, including the situation in Ukraine, arms control, human rights, and cybersecurity.

Air raids on Marib ,Al-Jawf, and 245 violations recorded in Hodeidah