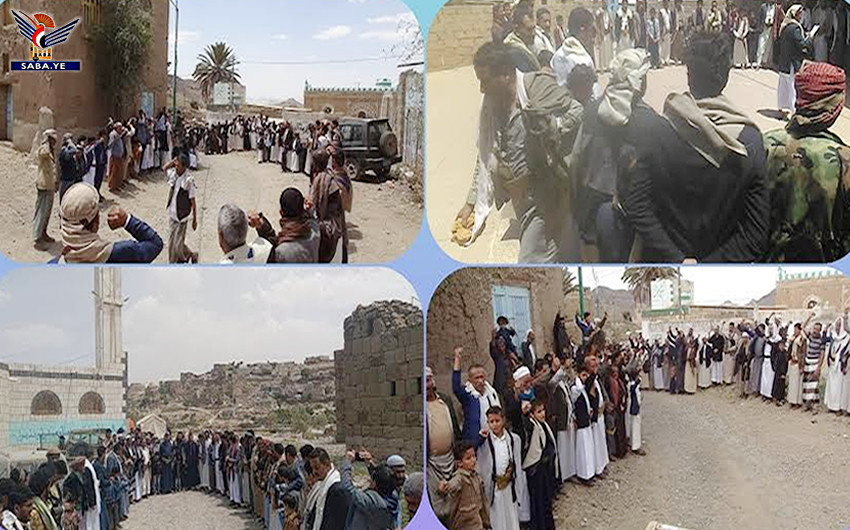 Today, vigils were organized in the districts of Sana’a governorate, after Friday prayers, to mak Ashura under the slogan “On the Way of Al-Hussein”.

During the vigils, the participants emphasized that the revolution of Imam Hussein, his courage and his approach were and still are a model for all the free people of the nation, drawing inspiration from its principles of redemption and sacrifice in combating the forces of tyranny.

The words of the vigil referred to what the Yemeni people have been subjected to from aggression and siege for more than six years, and what the stage requires to strengthen steadfastness in the face of the forces of injustice and tyranny.

Air raids on Marib ,Al-Jawf, and 245 violations recorded in Hodeidah