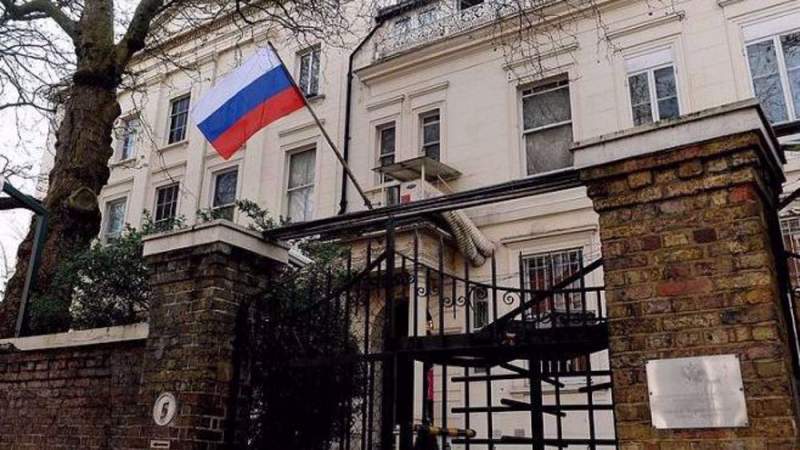 Russia has urged the United Kingdom to abandon its “unjustified confrontational stance” toward Moscow, otherwise London will face retaliatory measures over its hostile acts.

“We urge, yet again, the British leadership to relinquish unjustified confrontational stance towards our country,” the Russian embassy to London said in a statement on Saturday.

It said that “rubber-stamping” sanctions against Moscow had turned into “a process which is completely detached from actual facts and looks like a formality, a way to ‘mark anniversaries.’”

“There will be an adequate and proportionate response to any hostile act,” the statement warned.

Navalny was taken ill on a domestic flight on August 20, 2020. He was later transported to the German capital, where he was hospitalized with alleged poisoning. His aides, as well as the German government and some Western countries, claimed he had been poisoned before the domestic Russian flight and blamed Moscow.

Moscow has categorically rejected the allegations, saying the West is exploiting the case for political reasons and using it as a pretext to impose more sanctions against Russia.

The embassy statement further said, “It is not quite clear why London has assumed a role of an ultimate arbitrator on this matter.”

“Without any scruples, the British authorities make accusations, apportion blame and impose punishment – all by themselves,” the statement added.

The US also imposed new sanctions on Russia over the Navalny case on Friday.

Russian ambassador in Washington Anatoly Antonov said in response that the US administration continues to pursue a hostile policy that is bound to destroy ties with Moscow.

“They don’t think about the consequences,” he warned.

Foreign Ministry Spokeswoman Maria Zakharova also reacted to the new round of sanctions, saying the move indicates Washington’s lack of political will to build bilateral relations based on a partnership.

“Once again, the provocation, which was set up by Western intelligence agencies in the alleged poisoning of A. Navalny … is in use,” Zakharova said in a statement on Saturday.

She said the recent move was “demonstrating Washington’s inability to abandon its arrogant rudeness and unwillingness to face reality.”

Zakharova noted that Washington continues its hostile policy toward Moscow, despite “knowing in advance that it is useless to put pressure on Russia and that our response, as always, will be robust and appropriate.”

Russian President Vladimir Putin met his American counterpart, Joe Biden, back in June, when both sides acknowledged that bilateral relations were at rock bottom.

13 Air raids on Marib and Saada, and 125 violations recorded in Hodeidah