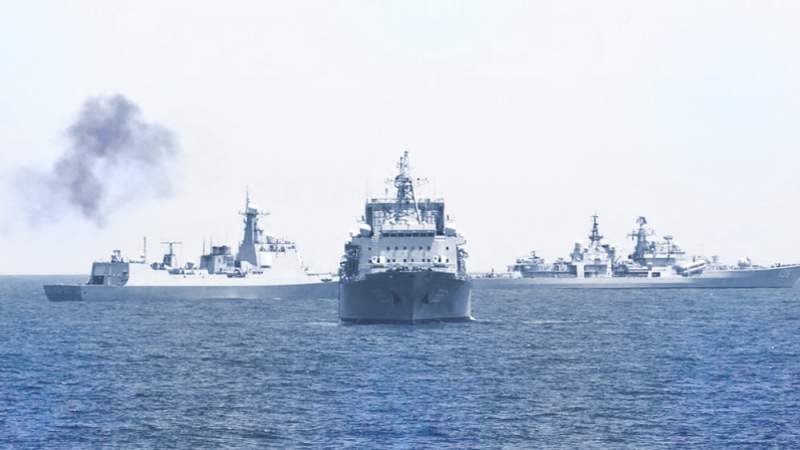 Iran, Russia and China will hold joint maritime exercises – dubbed CHIRU — in the Persian Gulf around late 2021 or early 2022, to ensure international shipping safety and combat piracy, the Russian ambassador to Tehran says.

“In the end of this year or the beginning of the next year, the annual joint naval exercises, CHIRU, will be held in the Persian Gulf region. Russian, Iranian and Chinese warships are taking part in it. The main aim is to practice actions on ensuring international shipping safety, and combating sea pirates,” Levan Dzhagaryan said in an interview with Sputnik on Monday.

He added that preparations for the Depth competition, held at the International Army Games 2021 in Iran’s Chabahar port, are also being completed.

“Along with Russia and Iran, China, India, Syria and Venezuela will take part in it. There are plans to hold a contest between dive teams of these countries’ armed forces. Representatives of the Russian Navy command will arrive at the opening and closing ceremonies of this contest,” the ambassador noted.

Elsewhere in his interview, Dzhagaryan said Russia is confident that neither Iran nor its Arab neighbors are interested in further escalation in the Persian Gulf.

“There are tensions indeed … but I would not be dramatic and say that the situation is more acute now than during previous crises. Neither Iran nor its Arab neighbors are interested in further escalation,” the ambassador pointed out.

Dzhagaryan said he believes that relations between Iran and Arab counties in the Persian Gulf are becoming warmer.

“Russia welcomes dialogue in this strategically important region. This is one of the goals of our concept for collective security in the Persian Gulf, which we are promoting,” he added.

Late in December 2019, Iran, Russia and China staged a four-day joint maritime exercise in the Indian Ocean and the Sea of Oman area.

18 Air strikes on Marib ,Saada, and 252 violations recorded in Hodeidah