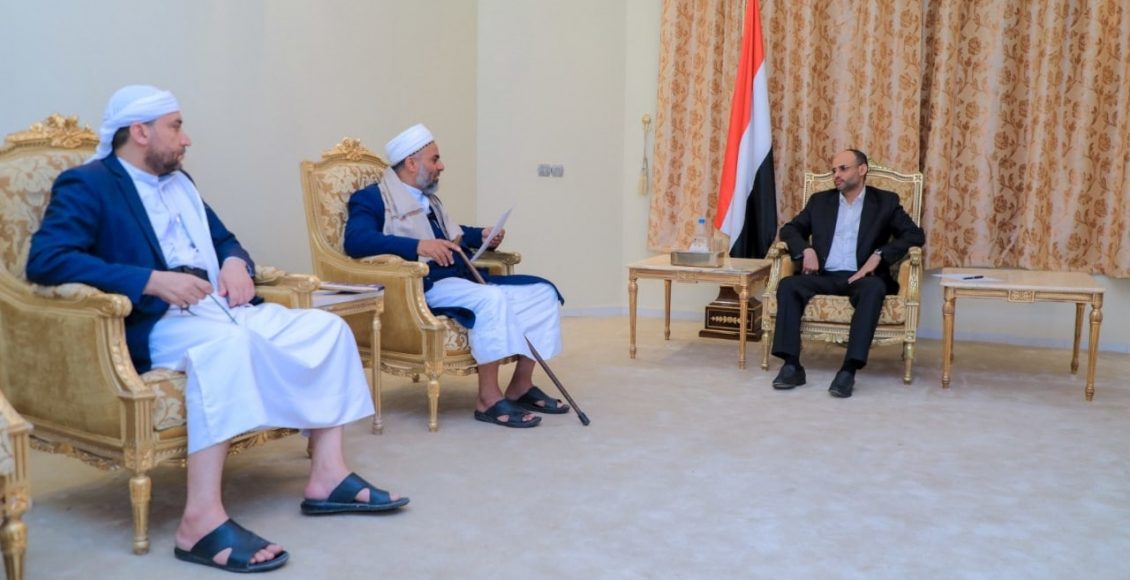 The head of the Supreme Political Council, Mahdi Al-Mashat, met on Wednesday, with the Mufti of Yemen, the scholar Shams Al-Din Sharaf Al-Din, and the Deputy Chairman of the Grievances Redress Board, the scholar Younis Mohammed al-Mansour.

The meeting discussed aspects related to judicial reform, paying attention to the Higher Judicial Institute in particular and its outputs, evaluating the performance of the Grievances Board during the previous period, and directing governors to pay attention to the maintenance of roads on an ongoing basis.

President Al-Mashat stressed that he pays special attention to the reform of the judiciary and the justice system in general, considering the administration of justice a priority for all citizens, pointing to what has been accomplished by the Legal Amendments Committee for some articles that lead to delays in litigation procedures.

He also stressed the importance of paying special attention to the Higher Institute of the Judiciary so that it can build and rehabilitate God-fearing judges, and whose goal and objective is to establish justice among people and bring justice to the oppressed.

As well as the Mufti of Yemen praised President Al-Mashat’s interest in reforming the judiciary and completing legal amendments to achieve justice for all citizens without delay.

US, Allies Warn Citizens away from Kabul Airport over ‘Threat of Terror Attack’