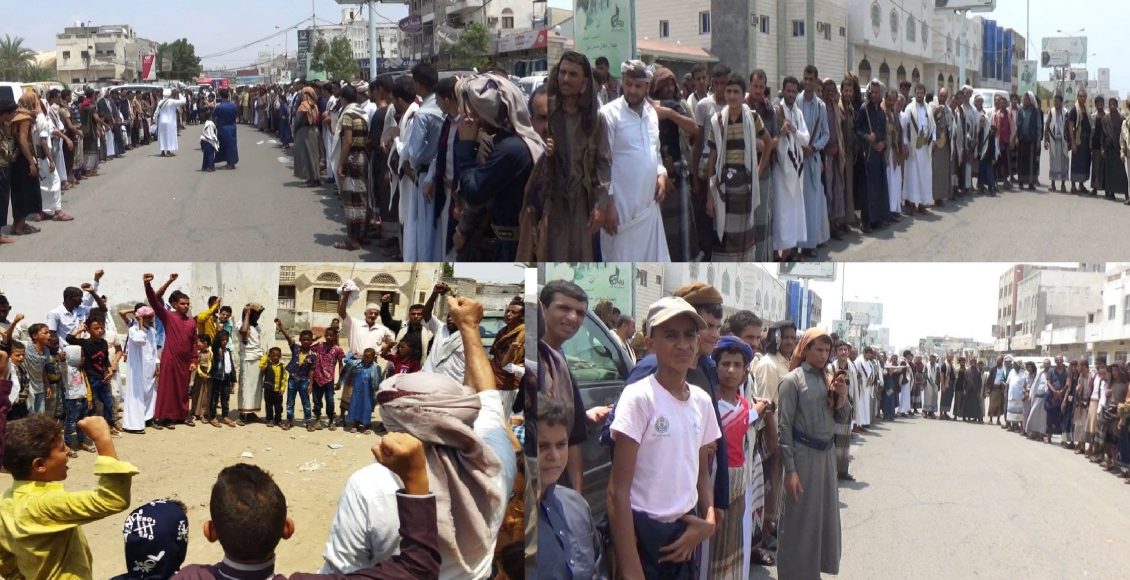 Protests in Hodeidah to denounce the crimes of aggression and siege

Today, after Friday prayers, the directorates of Al-Hodeidah governorate witnessed vigils condemning the continued crimes of the US-Saudi-Emirati aggression, its targeting of civilians and its systematic economic war against the Yemeni people under the slogan “the continuation of the siege, aggression, and detention of derivative ships, American crimes with international complicity.”

The participants in the vigils affirmed the continuation of the people of Hodeidah in the general mobilization of the fronts of pride and dignity to confront the aggression, confront its mercenaries and thwart its conspiratorial schemes.They noted that the aggression forces’ attempt to subjugate the Yemenis through economic war, the latest of which is raising the price of the customs dollar, will not discourage their resolve, but rather increase their strength and cohesion in confronting it.

The participants condemned the crimes of the US-Saudi-Emirati aggression against civilians in Hodeidah governorate, stressing the need to take a firm stance regarding the escalation and siege imposed by the forces of aggression on the Yemeni people.

The statements held the United Nations responsible for the deterioration of the health situation in Yemen by continuing the coalition of aggression by preventing the entry of oil derivatives ships, increasing the suffering of patients and cutting off electricity, especially in coastal areas.It called on the Yemeni people to continue to move to the fronts to confront the forces of aggression and its mercenaries.