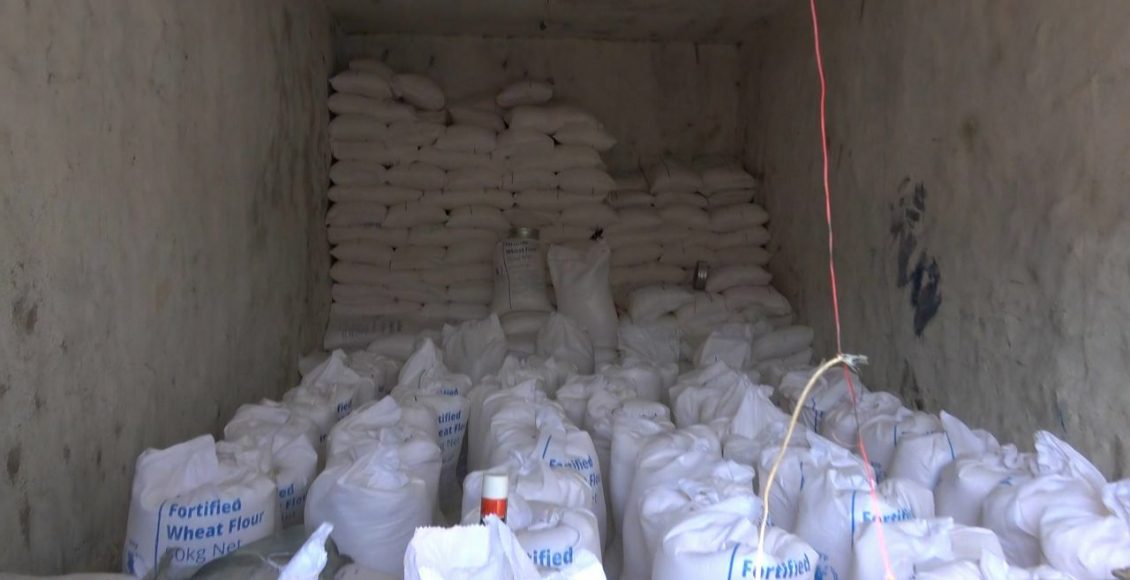 The local authority, in cooperation with the security services, seized a warehouse of the World Food Organization in Ruba’ Bani Khouli area in Bilad al-Ta’im district, Raymah governorate.

During the seizure process, which was attended by the Director-General of the Directorate of Food Country, Yahya Al-Hamami, the director of the security of the first region, Colonel Al-Azzi Al-Muntaser, and the deputy director of the criminal administration in the governorate, Captain Ali Al-Jamani, the attendees confirmed that seizing spoiled food is a crime to be added to the World Food Organization’s record.

In a statement to almasirah, the director of the directorate confirmed that he had received a report of the presence of corrupt and expired materials in one of the World Food Organization warehouses in the areas of Bani Khouli, and said that we found that these stores contain expired wheat ,some of the weevils ,worms and things that show that they are expired.

Protests in Hodeidah to denounce the crimes of aggression and siege

Director of the Traffic Department, “60,000 means of transportation seized since the start of the numbering campaign”

Minister of Transport: The world on the brink of an unprecedented maritime disaster,…