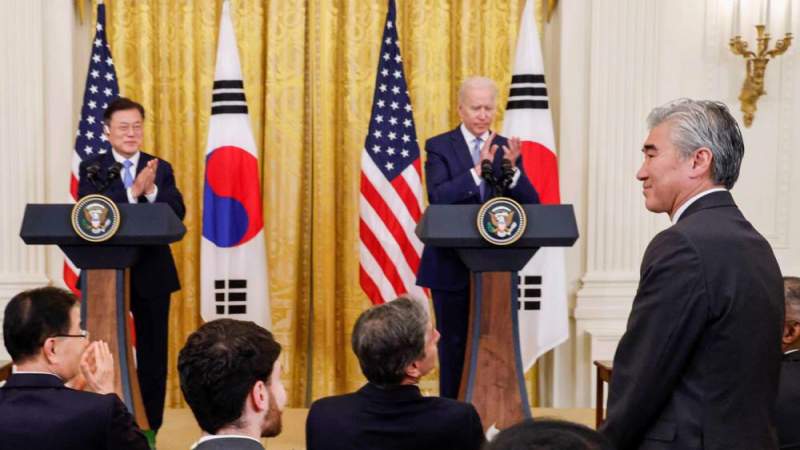 Officials from US, South Korea, Japan set to meet on North Korea: Report

Officials from the US, South Korea, and Japan are preparing for a possible meeting next week in Tokyo to discuss North Korea, a report says.

Citing multiple unnamed sources, Japanese news agency Kyodo reported on Tuesday that schedules were being coordinated for talks between the US top envoy for North Korea, Sung Kim, and Takehiro Funakoshi, who is the director-general of the Japanese Bureau for Asian and Oceanian Affairs, as well as the South Korean Foreign Ministry’s special representative for the Korean Peninsula, Noh Kyu-duk.

The officials would discuss the feasibility of attempts by the US government to initiate dialog with Pyongyang in pursuit of demilitarization on the Korean Peninsula.

The trilateral meeting would come in the wake of the unwillingness on the part of US President Joe Biden to meet North Korean leader Kim Jong-un. Earlier, in March, when White House press secretary Jen Psaki was asked by reporters if Biden’s diplomatic approach to Pyongyang would include sitting down with Kim, Psaki said, “That is not his (Biden’s) intention.”

Former US president Donald Trump had held three meetings with the North Korean leader, and exchanged a series of letters with him, too, but bilateral diplomacy did not last long as Trump refused to remove sanctions in exchange for several steps by the North toward demilitarization.

The US and South Korea depict the North’s missile and nuclear programs as a threat, while Pyongyang says the substantial US military presence on the peninsula threatens its national security.

30 Air raids of the aggression warplanes on Marib, and 232 violations recorded in Hodeidah