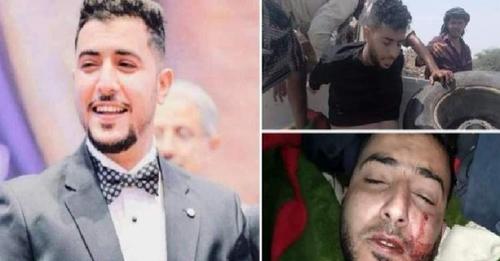 Statistics issued by the Southern Governorates Media Center revealed the escalation of violations and crimes in the occupied southern governorates during the current year.

The Southern Governorates Media Center confirmed, in a statistic, that the violations and crimes of the forces of aggression and mercenaries have risen to unprecedented levels on the public roads linking the free and occupied governorates, and at Aden and Seiyun airports.

The statistics showed the crimes of the forces of aggression and mercenaries represented in extorting travelers, organized looting, and forced arrests among those who cross the roads under the control of armed militias affiliated with the State of the Emirates in the governorates of Lahj, Al Dhale’e and Aden.

The results of the cumulative monitoring of manifestations of insecurity by the center indicated that the number of crimes against travelers and returnees from travel at Aden International Airport, during January-September, reached 643 declared crimes, including 87 arrest crimes against travelers on public roads, and at Aden Airport, including students, expatriates, and patients.

The statistic stated that 121 crimes of denial of travel were monitored by armed militias affiliated with the so-called “Southern Transitional Council, affiliated with the UAE, at checkpoints spread along the roads linking the free and occupied governorates.

The Center monitored more than 267 crimes of extortion against travelers on the roads and owners of trucks working in the field of transport between governorates, in addition to 72 arrests against travelers abroad, most of whom were expatriates who were on their way to Saudi Arabia by air, and others were arrested during their arrival at Aden Airport.

The center’s statistics also monitored 58 crimes against travelers, most of whom were subjected to looting of property by force of arms by militia points and bandits of roads in Al-Sabiha-Tur Al-Baha line, and the crimes of confiscating travel documents amounted to 38 crimes.

The statistics pointed to the victims of road crimes committed by the militias of the countries of aggression against hundreds of travelers, whether expatriates or students studying abroad, or traders and drivers working in the field of public transport between the free and occupied governorates, workers and employees of the private sector and workers in humanitarian organizations, taking advantage of the closure of Sana’a International Airport and land and sea ports in the free governorates.

According to the report of the media center for the southern governorates, Aden airport has turned into a station for catching travelers returning or leaving abroad, and dozens of citizens have been arrested by the militias of the so-called “transitional council”, which controls the airport.

Human rights sources confirmed that the militia of the so-called “transitional council” arrested – at Aden airport, Alalam point and the points extending to the free governorates – dozens of students returning from abroad under the slander of their opponents, and released them in exchange for their families paying millions of riyals to military leaders.

The center indicated that Alalam point at the eastern entrance to the city of Aden, the so-called “Jawas” point and the security belt militia points in Al-Habileen, located between the governorates of Lahj and Al-Dhalea, and points affiliated with the STC in Tur Al-Baha, have dealt – during the past years – with citizens with the culture of the occupier, his efforts to strike social and human values and spread hatred among Yemeni society.

He said: “The militia of the so-called Transitional and Reform Council, which shares influence and control in the phase of Al-Baha, has transformed the public roads, which constitute humanitarian corridors for thousands of citizens to the city of Aden to travel abroad into arenas for the practice of various crimes and violations against passers-by without any religious.,moral or humane scruples.
The center added: “These militias openly extort pedestrians, and impose royalties on medium and small transport drivers, who work in transporting passengers from the free governorates to the city of Aden. It note that the so-called “Eighth Saiqa Brigade” had previously committed heinous crimes against citizens during the period since it assumed security duties by the so-called transitional in Tur al-Baha.
The Southern Governorates Media Center monitored the detention of 42 trucks belonging to merchants from the port of Aden by the Brigade, and its driver was arrested and released after paying royalties ranging from 300,000 riyals to one million riyals.

According to the center, 22 crimes of blocking and looting of were monitored by armed gangs affiliated with the STC during the past two months, the last of which was the looting of a “bus” type car by force after looting the property of its passengers in an area close to the control areas of the “Eighth Saiqa Brigade” in Tur Al Baha.
Human rights sources confirmed that the brigade’s militias have arrested more than 54 citizens during the past weeks over being affiliated with Islah party, with whom it has been in conflict in Al-Baha phase for more than a year.

On the other hand, a statistic issued by the media center for the southern governorates confirmed that Islah party militia had committed more than 182 crimes of extortion, arrest and enforced disappearance, in Al-Abr, Shabwa and Marib regions, against citizens who were on their way to travel by land to Saudi Arabia through Al-Wadi’a crossing, and others were on their way to the Sayaun airport in Wadi Hadramout to travel abroad, some of them are sick and students studying abroad and returning from medical trips.

The Center condemened the violations and crimes of Islah militias on the highway linking Sanaa and Sayun, as well as Al-Wadi’a land port , in Mashina.. It noted that its monitoring unit had monitored the occurrence of 74 crimes traversing expatriates on Al-Wadeah-Al-Abr road, Al-Abr-Shabwa road, and Al-Abr-Rweik road. Al-Jawf desert, during the past months.
The statistics pointed out that there were dozens of crimes of extortion and looting against expatriates by the armed militias affiliated with Islah Party, which were not announced.

US mobilization of its criminal individuals in Yemen.. exchanging roles or ruminating on failure?