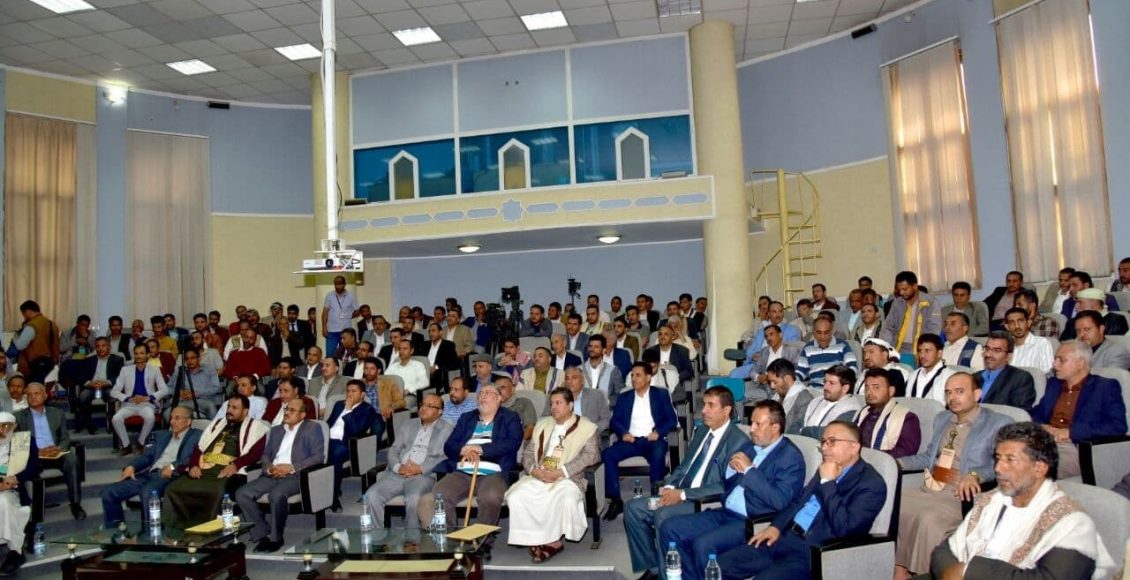 Today, Sunday in Sana’a, the Office of the Presidency of the Republic organized a speech event to celebrate the seventh anniversary of the glorious September 21 revolution.

At the event, Deputy Director of the Presidential Office, Fahd Al-Ezzi, confirmed that September 21 revolution was a purely popular revolution that was supported by the Yemeni people from various governorates, components and orientations, and they came to support it in all arenas.

He said, “September 21 revolution is a pure Yemeni revolution in which no foreigner had any decision, and it was distinguished by its wise and brave leader, Sayyed Abdulmalik Badr al-Din al-Houthi, who led it with wisdom and courage and refused to compromise on the aspirations of the Yemeni people.”

Al-Ezzi pointed to the achievements of the revolution at the political, economic and social levels and its role in restoring freedom and national sovereignty to the Republic of Yemen, liberating it from foreign tutelage and stopping the country’s economic deterioration and its security and stability.

Yemeni Scholars: The September 21st revolution is a station full of lessons

The Defense Minister visits Raghwan Front and affirms, “The invaders are weak , and the right-holders are the strong ones on the soil of their homeland