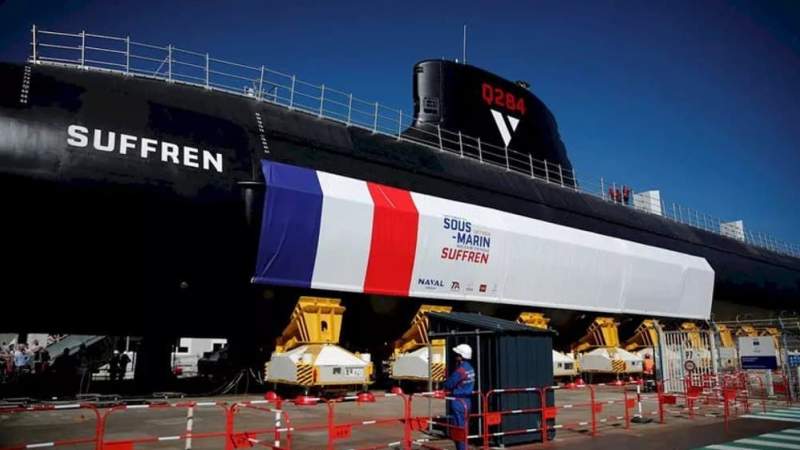 France declares development of a proper “crisis” in its relations with the United States and Australia, after Canberra cancelled a conventional submarine deal with Paris to rather make nuclear ones in cooperation with the US and the UK.

An irate French Foreign Minister Jean-Yves Le Drian made the announcement on Saturday after the multi-billion-dollar agreement was easily tossed in favor of a deal foreseeing manufacturing of at least eight nuclear-powered submarines.

He said there was no precedence to such critical condition in the three countries’ ties, and even recalled Paris’ envoys from Canberra and Washington for “consultations” over the issue.

“For the first time in the history of relations between the United States and France, we are recalling our ambassador for consultations,” Le Drian told France 2 television channel.

He called this “a grave political act that shows the intensity of the crisis today between our two countries and also with Australia,” he added.

“There has been duplicity, contempt and lies – you can’t play that way in an alliance,” the top diplomat lamented.

France calls Biden ‘a Trump without his tweets’

The French official, meanwhile, lashed out at US President Joe Biden for the unconcern with which he announced the new submarine agreement.

Biden, he said, acted in the same way that his notorious predecessor Donald Trump would do through his constant shocking tweets, but did this without taking to the social media platform.

Biden acted “without the tweets but with a sort of solemn announcement that is rather unbearable,” Le Drian said.

Le Drian also repeated criticism of the United Kingdom’s opportunism that saw London carve out a niche for itself within the submarine pact.

He lambasted Britain for joining forces with Washington and Canberra, calling London “the spare tire” of the initiative.