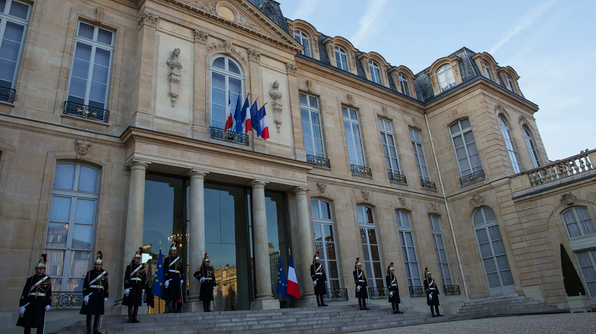 The United States never mentioned any initiative to form a new security alliance and never answered any of France’s questions on the matter, the Elysee Palace said Monday.
A spokesperson for the presidential palace indicated that when French President Emmanual Macron met with his Australian counterpart, Australian Prime Minister Scott Morrisson in Paris in mid-June, Morrisson did not make any hints that Canberra would be cancelling a lucrative submarine contract with France.
“We raised the issue of the Indo-Pacific and submarines at all levels starting in June, when we started to have serious doubts,” the spokesperson indicated. “It was the president who took the imitative to invite Morrisson in June. Morrisson did not tell him anything and suggested [possible cancellation] and they agreed to continue the work. The president wrote at length to Morrisson to address his concerns. Morrisson’s response was purely dilatory,” the source added.
Australia and France agreed to a $40 billion contract to build a fleet of 12 attack submarines for Australia’s Navy. The contract was unexpectedly scrapped at the last moment last week after Morrison, US President Joe Biden and British Prime Minister Boris Johnson announced the creation of a new submarine project as part of the new trilateral AUKUS defense pact. Under the agreement, the subs would be built in Australia using American and British nuclear reactor technology.
France slammed the move, recalling its ambassadors to Australia and the United States over what Paris deemed to have constituted “unacceptable behavior between allies and partners.” French Foreign Minister Jean-Yves Le Drian called the defense pact a “stab in the back.”

The leader calls for the honorable attendance at the marches commemorating September 21, and the organizing committee determines the rally grounds