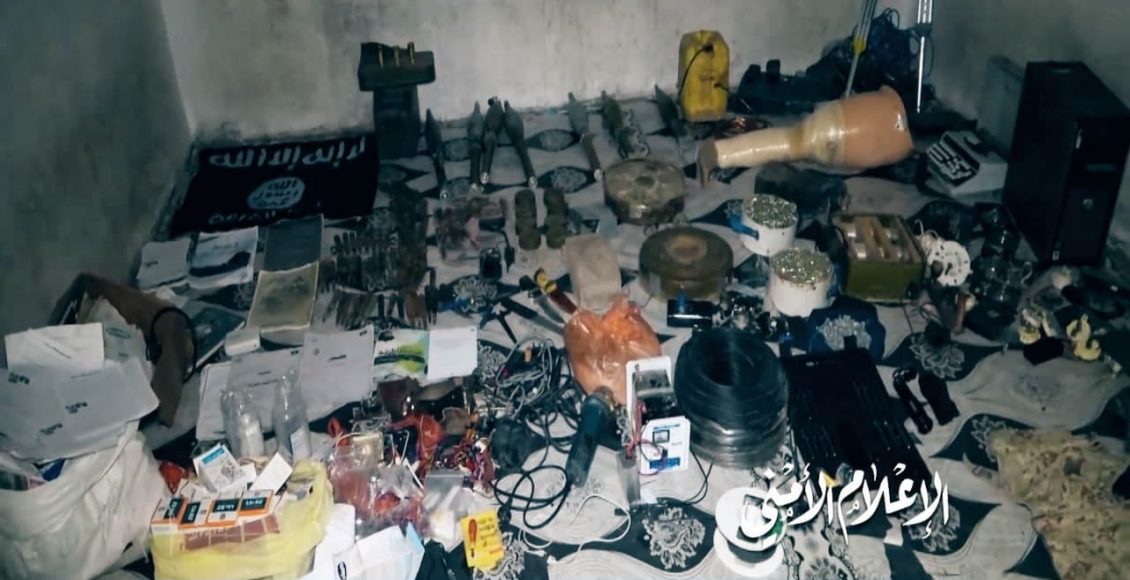 Scenes broadcast by the security media showed how al-Qaeda turned the Technical and Vocational Institute in al-Soma’a district in al-Bayda into a den for the manufacture and storage of explosive belts and explosives, secret prisons, and warehouses for vehicles and weapons.

A security source clarified that the main center of al-Qaeda in the Technical Institute included a building to receive foreign arrivals, and a building dedicated to the meeting of the organization’s leaders, and the person responsible for it was called Abu Hashem al-Ibi.

The source pointed out that the so-called Munir Bajali Al-Ahdal assumed the task of “Emir of Al-Qaeda” in Hodeidah, and oversaw a number of criminal operations against citizens during his tenure there, pointing out that Al-Ahdal is one of the leaders of Al-Qaeda in the so-called Wilayat of the Arabian Peninsula, and he is the “emir” of the intelligence organization’s groups in the southern governorates, he used his house as a shelter for takfiris in 2013. He was part of the Wesab cell, which carried out a number of criminal acts in Ibb governorate, and then took over the “Emir of Al-Qaeda” in Abyan, Lahj and Shabwa.

The source also reported that Mukhtar Muhammad Ahmad al-Qaisi, nicknamed Abu Omar al-Qaisi, is a leader in al-Qaeda who lives in the Jaer area of al-Soma’a district, and he is a graduate of Al-Iman University, noting that al-Qaisi had field participations with al-Qaeda in Abyan in 2011 and in 2013 in Bayhan region.

He pointed out that Al-Qaisi worked to establish the Jaer camp for training in the manufacture of explosives and snipers, another camp in Shabwa in Khora district of Al-Azifa district, and a camp in the Dhi Ashra area located on the border between the provinces of Al-Bayda and Shabwa.

The security source confirmed that the so-called Ahmed Saleh Al-Damji was sheltering in his home many takfiri membes in al-Soma’a and worked for the organization in the field of buying and selling oil derivatives and receiving money transfers from abroad.

The source revealed that Elmir Mo Hametzyanov, a Russian national, and his surname Thawban Al-Russian, is one of al-Qaeda members and has a house in al-Nahr area of ​​al-Soma’a.

As for Abdullah Ahmad Al-Jaidi, nicknamed Moaz Al-Hadrami, the source explained that he is a leader in Al-Qaeda, he is the former military official of this organization in al-Soma’a, and he used his house as a shelter for the takfiris and storing explosives.

The source noted that the so-called Samir Musa Ahmed al-Qaisi is a leader in al-Qaeda, who specializes in engineering and planting explosives, and has recently run monitoring cells in a walled district.

Other details revealed by a security source this morning, as he confirmed that Operation of Freedom Dawn was based on careful security and intelligence work, which contributed to resolve the battle to liberate the districts of Al-Soma’s and Musawara and clear the remainder of the area of ​​Al-Bayda governorate from al-Qaeda and the takfiri members associated with the US-Saudi aggression coalition in record time. .

The source explained that the security services have enriched and corrected the data bank in an accurate way on the number, spread, formations and headquarters of the Takfiri organizations from Al-Qaeda and the Takfiri forces affiliated with Al-Sari’ Abu Othman Al-Mashdali, the commander of the Hazmieh Front and the mercenary forces in Al-Bayda governorate and the two districts of Al-Soma’s and Musawara as the last point of presence of these organizations in the province.

It pointed out that the security operation, which it described as a precursor to the operation , provided detailed and accurate information to the army and the popular committees about the camps and headquarters of Takfiri members and mercenaries in al-Soma’a and Musawa, and provided integrated information on the names, leaders and members of Takfiri groups and mercenaries in the two directorates.

The source added that the security operation continued to keep pace with the military effort and the attack of the army and the popular committees on the sites and fortifications of the Takfiri organizations and mercenaries in the districts of Al-Soma’a and Musawara in Al-Bayda governorate.

The security forces also carried out raids and combing operations on some sites and hideouts of Takfiri and mercenary groups during the military operation, which reduced the risks to the army and the popular committees, and surprised the enemy forces.

The source pointed out that the security services seized documents, belts and explosive devices during the raids, as well as seized weapons and ammunition.

The source pointed out that the security operation continues as part of the efforts of the operation until the completion of the purification of the districts of Al-Soma’a, Musawah and the entire governorate from Takfiri members and access to all their hideouts that have not yet been revealed. It noted that the security services are currently investigating a number of prisoners of Takfiri groups and mercenaries .

The source stated that the security services found a large amount of information and documents in the headquarters and camps of the Takfiri and mercenary groups, exposing their close association and work with the forces of the coalition of aggression on Yemen.

On the 23rd of this September, the armed forces announced the details of Operation of “New Dawn” in Al-Bayda governorate, during which the districts of Al-Soma’a, Maswarah and Mukairas were liberated with an area of ​​2,700 square kilometers.

During the operation, about 225 takfiri members and mercenaries of the aggression were killed, injured and captured, distributed as follows: 70 dead, 120 wounded, 40 captives. 10 Armored vehicles and various tanks were destroyed and damaged, and large military equipment was seized, including armored vehicles, as well as medium and light weapons and control. On seven camps belonging to the Takfiri members, the forces also succeeded in liberating a number of citizens who were under the grip of these Takfiri members and were detained by them.

Pictures of the Educational and Technical Institute in al-Soma’a district, after the Takfiri individuals turned it into a main headquarters and factories for booby-traps and explosive belts

Pictures of the shelter of the so-called Ahmed Saleh Al-Damji, nicknamed Abu Muslim, an “al-Qaeda” member

Pictures of the shelter of Elmir Mohamitz Yanov, a Russian, his nickname is Thuban, a Russian member of “Al-Qaeda”

Pictures of the shelter of the so-called Mukhtar Muhammad Ahmad Al-Qaisi, nicknamed Abu Omar Al-Qaisi, the leader in “Al-Qaeda” 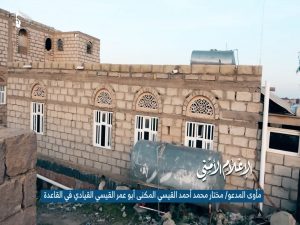 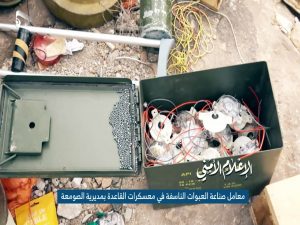 Pictures from the shelter of the so-called Samir Musa Ahmed Al-Qaisi, nicknamed Abu Al-Ghaith Al-Qaisi, the leader of “Al-Qaeda”

Pictures of the shelter of Munir Bajali Al-Ahdal, nicknamed Abu Al-Hayja Al-Hadidi, a leader in “Al-Qaeda”

The details of the security role in Freedom Dawn Operation revealed