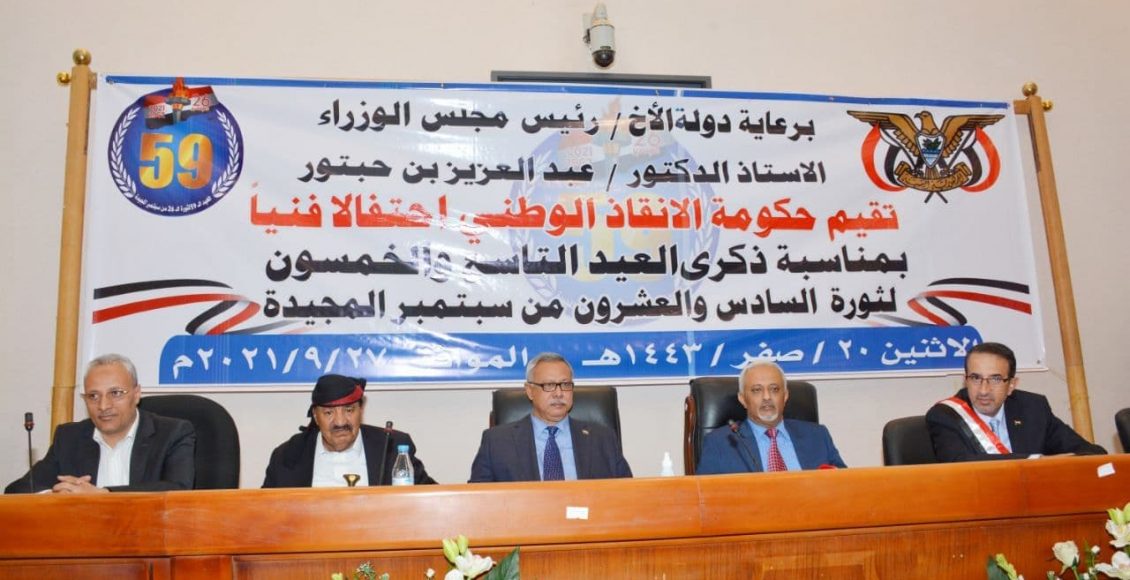 Today, Monday, the National Salvation Government organized a celebration event for the 59th anniversary of the eternal September 26 revolution, with official, party and popular attendance.

At the celebration, a member of the Supreme Political Council, Jaber Abdullah Al-Wahbani, conveyed the greetings and congratulations of the Leader of the Revolution, Sayyed. Abdulmalik Al-Houthi, and the Chairman of the Supreme Political Council, Field Marshal Mahdi Al-Mashat, and his colleagues, to the attendees, and through them to the masses of the Yemeni people on this national occasion.

He pointed out that September is renewed,. He explained that September today, as in the past, brings to everyone the tidings of victory on the fronts against the rebellious aggression and its tools.

He stressed that the celebration of the Yemeni people today is not a passing occasion, because September is always in their hearts. He said: “Today we stand to evaluate the course of September and October revolutions, and evaluate ourselves, because we have found nothing in our positions and work except to serve the Yemeni people who made and offer sacrifices and convoys of martyrs in various revolutionary stations.

Air defenses down an American spy plane over Marib

36 Air raids of the aggression warplanes on Marib ,Al-Jawf