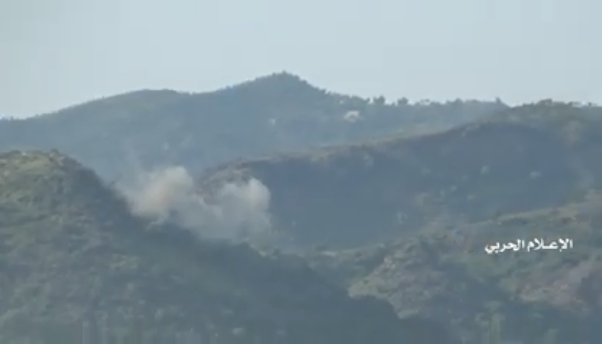 Breaking the Advance by the Aggression Mercenaries in Taiz

Today, Wednesday, the army forces and the popular committees broke a wide advance of the aggression mercenaries in Al-Dhabab area in Taiz governorate.

A military source explained that the mercenaries carried out a wide advance on the front that lasted from two o’clock after midnight last night and focused on the black hill to the two pillars.It stressed that they, with God’s help, were able to break the mercenaries’ advance and forced them to retreat and break after inflicting heavy losses on their lives and gear.

The military media released scenes while confronting the mercenaries’ advance in several areas front amid their assertion of steadfastness thwart all enemy plans.