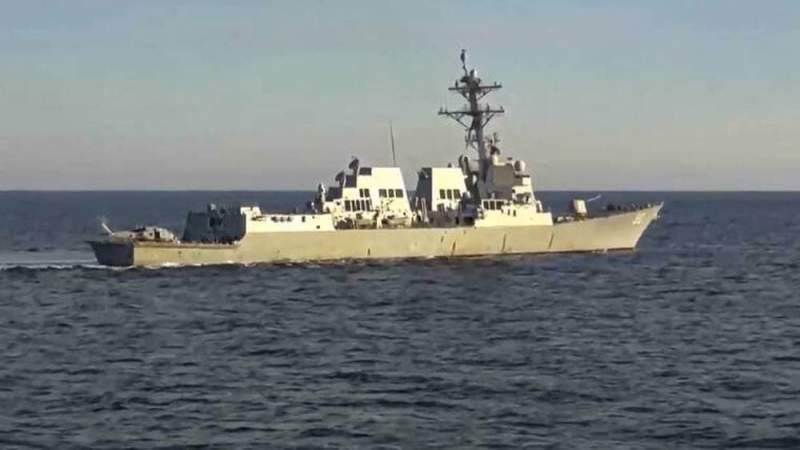 The Russian navy’s Admiral Tributs destroyer closely approached the US destroyer and chased it out of the area, which had been declared off-limits “to navigation due to exercises with artillery fire,” it added.

The US military on Friday claimed USS Chafee was conducting routine operations in international waters in the Sea of Japan when the Russian destroyer came within 60 meters of the US ship, though all interactions were safe and professional, Reuters reported.

“The statement from the Russian Defense Ministry about the interaction between our two Navy ships is false,” the US military statement said.

“At all times, USS Chafee conducted operations in accordance with international law and custom,” it added.

However, according to the Russian statement, the US warship had ignored repeated warnings to leave the area, and Moscow slammed USS Chafee’s action as a “crude violation” of international rules.

The American destroyer changed course when the two ships were just 60 meters away from each other and sped away, it added.

Russia has frequently accused the US and its NATO allies of dangerous and provocative maneuvers at sea and in the air near its borders. In June, Russia said that it had fired warning shots and dropped bombs in the path of a British warship to chase it out of Black Sea waters off the coast of Crimea. The incident marked the first time since the Cold War that Moscow was using live ammunition to deter a NATO warship.

Relations between Russian and the US have grown increasingly tense over the past few years.

US Police Arrest 655 People During Climate Protests in Washington