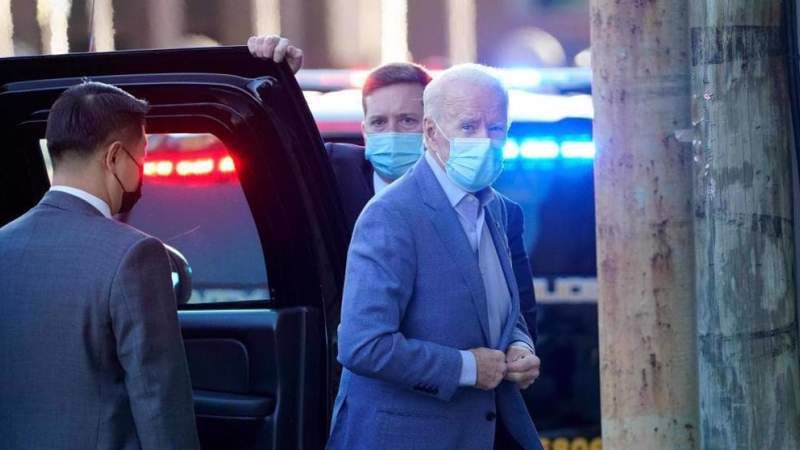 China Is No Threat to People in The US; Wall Street, CIA & The Pentagon Are: Analyst

American political analyst and activist Bill Dores says China is no threat to the people in the United States; Wall Street, the Central Intelligence Agency (CIA), and the Pentagon are.
Dores, a writer for Struggle/La Lucha and longtime antiwar activist, made the remarks in an interview with Press TV on Saturday after the CIA launched a new mission center to address what it calls “the most important geopolitical threat” posed by China.

CIA Director William Burns said in a statement last week that the new unit, called the China Mission Center, will “further strengthen our collective work on the most important geopolitical threat we face in the 21st century, an increasingly adversarial Chinese government.”

Burns said that his agency will still focus on other threats as well, including those emanating from Russia, North Korea and Iran.

The CIA’s renewed attention to China is the latest evidence of the Biden administration’s focus on Beijing as its main foreign policy target.

Since taking charge of the White House earlier this year, the Biden administration has been directing resources toward countering China.

Why is CIA targeting China?

“The CIA is grabbing more tax money to start a ‘mission center’ aimed at China, which it calls the ‘most important geopolitical threat we face.’ This is ominous news, considering the agency’s history of fabricating evidence to start wars, e.g. Iraq’s nonexistent ‘weapons of mass destruction,’” Dores commented to Press TV.

“US troops have left Afghanistan. But not a dime has been slashed from the bloated US military budget. Indeed, it’s being increased to $778 billion from $753 billion to face the alleged ‘Chinese threat.’ That’s more than the combined military budgets of China, India, Russia, Britain, Saudi Arabia, Germany, France, Japan, South Korea, Italy and Australia,” he added.

“It’s also been revealed that US Special Forces have been operating secretly on Taiwan for two years. Meanwhile, the US Congress will not pass the Build Back Better Act to modestly extend our social safety net,” he added.

“The People’s Republic of China has five times the population of the United States. But it spends only $258 billion on its military. China’s forces are deployed in or around the borders and coasts of China. By no stretch of the imagination is China threatening the US militarily. Why would it? For what gain?” he asked.

“So, what the Sam Hill is a ‘geopolitical threat.’ It’s a twisted concept based on the twisted premise that the United States, with 4 percent of the world’s population, should dominate the world politically and economically. And that really means the billionaires and millionaires that Occupy Wall Street protesters called the ‘One Percent,’” he stated.

China’s economic ‘threat’ to US

“China’s real ‘threat,’ in the minds of the US corporate ruling class, is economic. China produces more than the United States, and its economy is growing much faster,” the analyst said.

“It has achieved this not by destroying the economies of other countries with war and sanctions, but by growth and trade. China’s Belt and Road Initiative has greatly weakened the stranglehold Wall Street banks once held on the world economy. An article in the US magazine Foreign Policy whined that China is ‘whittling away’ at the murderous ‘sanctions regime’ the US and West Europe use to ‘punish’ countries that defy their dictates,” he explained.

“US corporations do of course invest in China. They make a lot of money there. But they can’t dictate to the Chinese government the way US oil companies dictated to the Shah of Iran before the 1979 Islamic Revolution. Or the way they dictate to their paid servants in the White House and the Capitol today,” he observed.

“Politicians and news media tell working-class people in the United States that China’s growth is somehow a threat to our well-being. They conceal the fact that China’s dynamic growth is the biggest single factor staving off a global economic collapse,” he said.

“Yet it is their own Wall Street masters who have shut down plants all over this country and foreclosed on millions of homes. It is they who used the technological revolution as a weapon to drive down wages and destroy millions of jobs,” Dores said.

“Washington raises several phony issues in its ‘hate China’ campaign. One is the alleged persecution of the Uighur people in Xinjiang Province. There’s nothing but hypocrisy here,” the analyst said.

“If this claim were true-and I’ve seen no reliable evidence that it is Washington would be the last to care. The United States leads the world in mass incarceration and murder by police,” he noted.

“According to the Equal Justice Initiative, ‘Millions of Americans are incarcerated in overcrowded, violent, and inhumane jails and prisons that do not provide treatment, education, or rehabilitation.’ The majority are from the oppressed Black, Latin and Native nations targeted by police,” he said.

“Among the incarcerated are dozens of political prisoners, such as Mumia Abu Jamal, Leonard Peltier and Jamil Abdullah Al Amin, who have spent decades behind bars on frame-up charges,” he stated.

“Last year’s Black Lives Matter uprising highlighted the extent of racist police murder in the United States. Between 1980 and 2018, US police killed more than 30,000 people. Half of those killings were misclassified, according to a study published in the Lancet medical journal,” he said.

US supports ‘ethnic cleansing and murder of Palestinian people’

“We also cannot forget that Washington not only supports but subsidizes the ethnic cleansing and murder of Palestinian people by the racist state of Israel, including the mass imprisonment of 2 million people in the giant concentration camp called the Gaza Strip. The US also has no problem with the oppression of the majority Muslim people of Kashmir by the Indian state,” Dores noted.

“The US accuses China of stealing ‘intellectual property,’ a twisted concept indeed. Perhaps the West should pay China for inventing paper, iron smelting, the seed drill, the compass, rockets, gunpowder and other innovations that made its economic development possible,” he said.

“There is the accusation of currency manipulation. But Washington has flooded the world with devalued dollars ever since the Nixon administration took the dollar off the gold standard in the 1970s. The US has long used the dollar as an instrument of financial warfare,” he said.

Why is the US Navy in the South China Sea?

“Every year, ships carry $3.4 trillion worth of goods through the South China Sea. Most of that is bound to and from China,” he said.

“The PRC has no interest in stopping that commerce. It does have an interest in keeping US warships away from its coast and ports,” he said.

“For the past seven years, the US Navy has helped Saudi Arabia impose a naval blockade that is starving the children of Yemen. US sanctions, backed by the US Navy, are the main obstacle to commerce between nations in the world today,” he said.

“Instead of new CIA mission centers, military bases and fleets of warships and warplanes all over the world, the US should do what China does: Invest in schools, health care, housing, railroads and renewable energy. Bring all the ships, planes, troops and spies home. The world would be a much better and safer place,” he concluded

Obbad and al-Madani briefed on the preparations at Mawlid Al-Nabawi event square, in Al-Saba’een