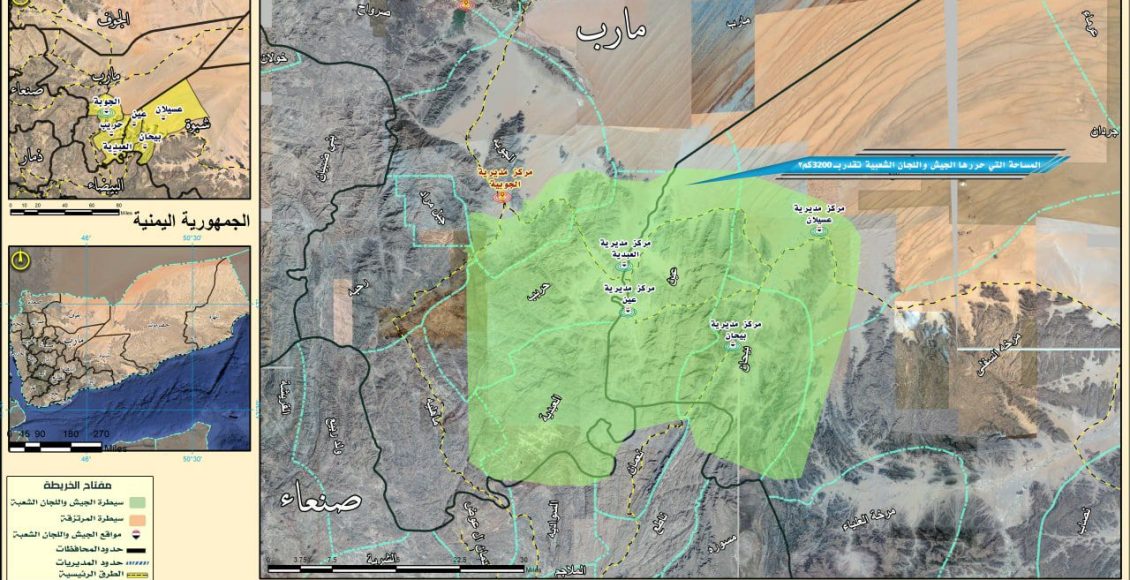 The Armed Forces Announce the Liberation of 3,200 Square Kilometers in Marib, Shabwa in The “The Victory Spring ” Operation

Armed Forces announced,today Sunday, on the implementation of the operation coinciding with the anniversary of the Prophet’s birthday, which led to the liberation of 3,200 square kilometers in the governorates of Shabwa and Marib.

The official spokesman for the armed forces, Brigadier General Yahya Saree, confirmed in a press briefing that our armed forces succeeded, with God’s help, in implementing the operation in Marib and Shabwa governorates and fully achieving their goals.

Sare’e explained that the operation led to the following: • The liberation of the districts of Usaylan, Bayhan and Ain in Shabwa governorate.

• The total area of ​​the liberated areas in the operation is 3200 square kilometers.

He added that the operation also led to killing, wounding and capturing hundreds of mercenaries of the aggression, including members of the so-called al-Qaeda and ISIS, and the seizing of large quantities of weapons.

Brigadier General Saree saluted the honorable role of the tribes of Marib and Shabwa and the responsible stance of the people of the two governorates with their homeland and people against the invaders and occupiers.

He stressed that the armed forces, while they are in the process of completing liberation and purification, are calling on mercenaries and agents in the city of Marib to abandon fighting among the invaders and occupiers as a prelude to addresse their situation during the coming period.

He added: The armed forces affirm that they will continue to perform their jihadi duty until the aggression stops, the siege is lifted, and freedom and independence for our people are achieved.

He pointed out that the details of the operation will be revealed, God willing, on the coming days.