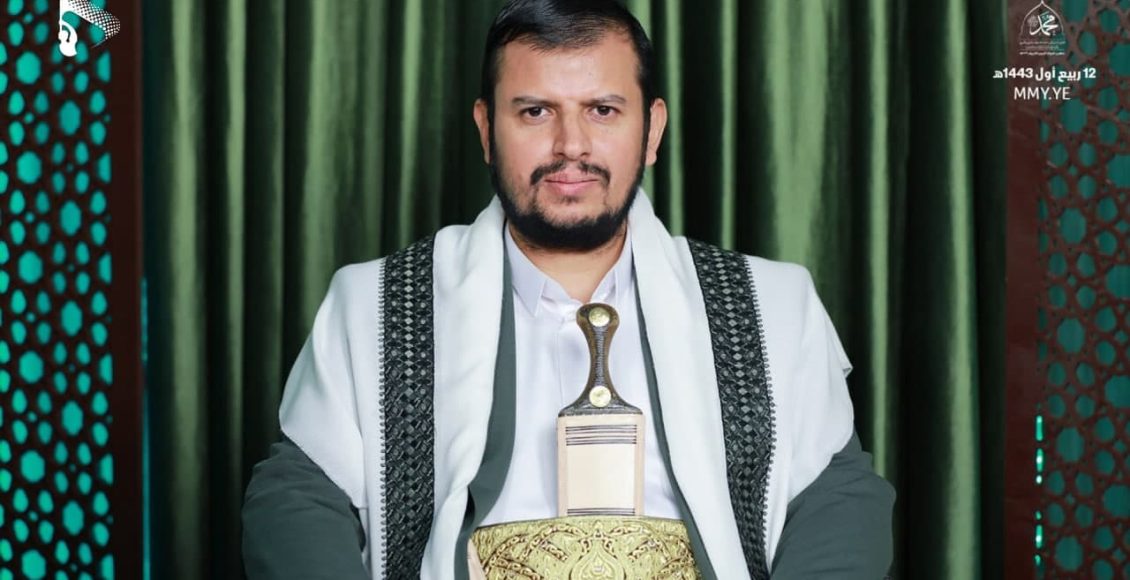 On his speech Monday on the occasion of the Prophet’s birthday, Sayyed Abdul Malik Badr al-Din al-Houthi explained that the celebration of the Yemeni people in this way is one of the clear evidence of the noble speech of the Prophet: Faith and wisdom are Yemenis.

Sayyed. blessed the Yemeni people and the Islamic nation on this blessed religious occasion, the anniversary of the birth of the Seal of the Prophets, the Messenger of God, Muhammad bin Abdullah bin Abdul Muttalib bin Hashem, who is the birth of light and mercy from God to the worlds and a salvation for humanity from the darkness of ignorance.

In his speech on the occasion of the anniversary of the Prophet Mohammed’s birthday, peace be upon him and his family, Sayyed Abdulmalik felicitated the Islamic nation on this occasion.

Sayyed Houthi hailed the heavy crowds which attended the celebrations on the Islamic occasion, underlining that the Yemenis resort to the teachings of Prophet Muhammad in order to confront the Saudi-led aggression.

Leader of the Revolution, Sayyed Abdulmalik Badr Al-Din Al-Houthi, called on the Yemeni people to continue steadfastness and confront “the brutal US-Saudi aggression”, which continues for the seventh year to commit the most heinous crimes against Yemenis.

The Revolution Leader also stressed that working to achieve freedom and independence is “a holy jihad for the sake of Allah and will never be subject to bargaining.”

Sayyed Abdulmalik reiterated Yemen’s firm and principled stance towards the nation’s issues, foremost of which is standing by the Palestinian people.

Sayyed Houthi indicated that the normalization deals between some Arab regimes and the Israeli enemy abuses the Messenger, highlighting the divine promise pertaining to Israel’s demise.

Sayyed Hasan Nasrallah consecrated, during his speech on the 21st anniversary of Resistance and Liberation Day, a new formula, “If Israel tampers with Al-Quds, it will face a regional war.”

The Leader also congratulated the success of the great occasion, the occasion of the anniversary of the Prophet’s birthday.

The congratulations of the leader to the workers and security personnel came after the success of all the events of the occasion of the Prophet’s birthday, asking God Almighty to “write their wages according to the best of what they did.”

Sayyed. Abdul-Malik, during his speech on Monday afternoon, praised the unprecedented crowds that attended Al-Sabaeen Square and the governorate squares.