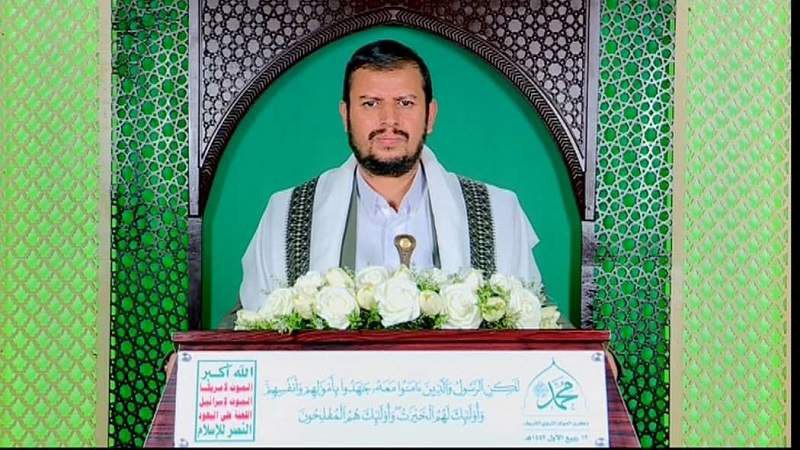 Leader of the Revolution, Sayyed Abdulmalik Badr Al-Din al-Houthi, during a televised speech he delivered Monday afternoon on the occasion of the anniversary of the Prophet’s birthday, said that “achieving freedom and independence based on our faith identity is a sacred goal.”

Sayyed al-Houthi called on the Yemeni people to continue steadfastness and confront “the brutal US-Saudi aggression”, which continues for the seventh year to commit the most heinous crimes against Yemenis.

The Revolution Leader also stressed that working to achieve freedom and independence is “a holy jihad for the sake of Allah and will never be subject to bargaining.”

He reiterated Yemen’s firm and principled stance towards the nation’s issues, foremost of which is standing by the Palestinian people.

He indicated that Yemen is part of the historical equation announced by Sayyed Hassan Nasrallah, within the axis of jihad and resistance, and that “any threat to Quds (Jerusalem) means a regional war.”

Sayyed al-Houthi confirmed Yemen’s solidarity with all the oppressed people of the Islamic nation in all parts of the world.

5,000 food baskets distributed to people of Al-Abdiya district in Marib