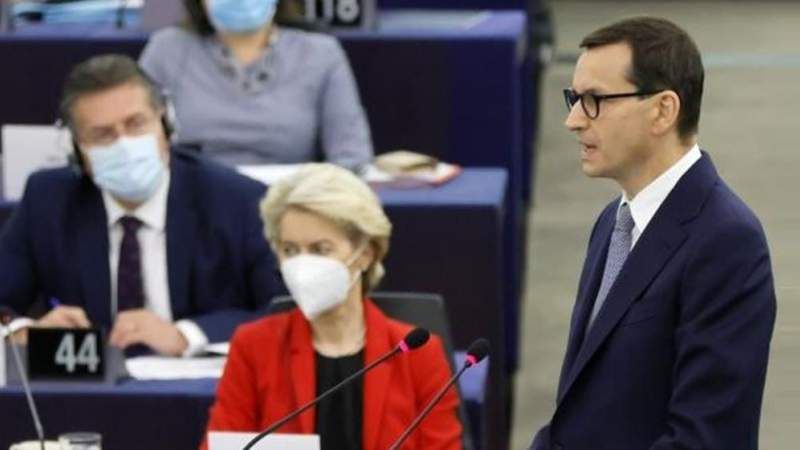 The head of the EU’s executive arm and Poland’s prime minister clash during a debate in the European Parliament over Warsaw’s alleged rule of law breaches.
The European Commission accuses the Polish Government of eroding judicial independence and media freedoms.

Morawiecki insists Poland’s constitution has primacy over EU law and this is infuriating the bloc’s establishment. Among other things, EU authorities are worried the Polish Government is trampling on fundamental rights, judicial independence and freedom of the press. Morawiecki insists hypocrisy is at play when rule of law is debated.

Criticism towards Morawiecki kept on coming, however.

The Polish prime minister raised a myriad of issues ranging from the EU’s energy crisis to the refugee situation but the focus repeatedly came back to him.

Analysts say the EU is in no position to preach about rule of law in the light of its treatment of minority groups in the bloc such as refugees. The problem has become worse due to recent developments in Afghanistan.

Inside the chamber Morawiecki was criticized over his country’s treatment of refugees but he certainly was not without his supporters. Lawmakers want the European Commission to withhold billions of euro in funding to Poland but that could be a lengthy process.

When the commission initiates proceedings against a member state it normally takes many years before there is a conclusion to the case.