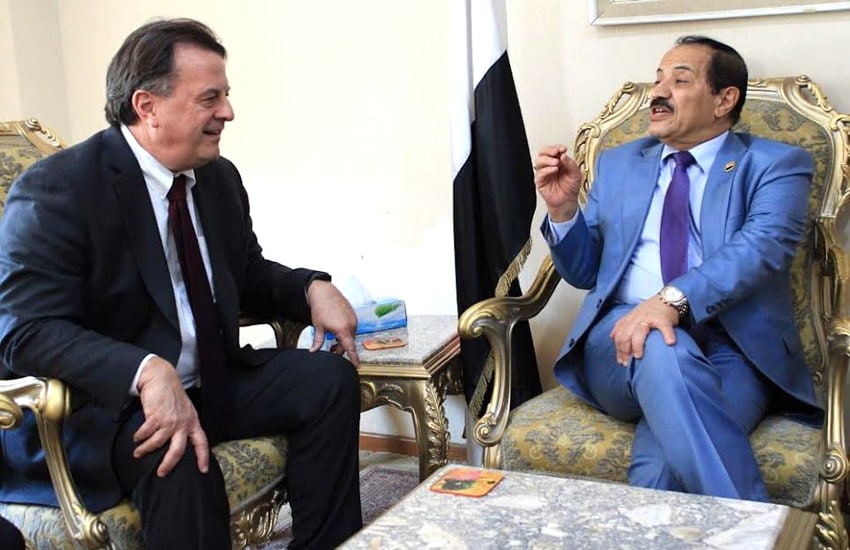 In the meeting, Minister Sharaf made it clear that addressing the repercussions of the humanitarian catastrophe caused by the US-Saudi-Emirati aggression must take into account stopping its direct causes related to the aggression and the economic and financial blockade.

“The aid that is currently being provided is temporary emergency treatments, the increase, and decrease of which is linked to the financial pledges provided by donors to Yemen,” he said.

The minister said that ending the aggression and siege is to start taking urgent humanitarian steps, such as reopening Sana’a International Airport to civilian commercial flights and not obstructing the entry of ships loaded with oil derivatives and domestic gas.

He pointed out that some Gulf countries, the United States of America and Britain bear direct responsibility before the world in the deterioration of the situation of Yemen and its people and the decline in its social and economic indicators due to their participation in the aggression and siege that continues for the seventh year.

For his part, Grisley stressed that the humanitarian situation in Yemen is a priority at the top of the agenda of the work of organizations, programs, and United Nations agencies that seek to fulfill their financial pledges so as not to affect the level of the United Nations and its humanitarian work in Yemen.