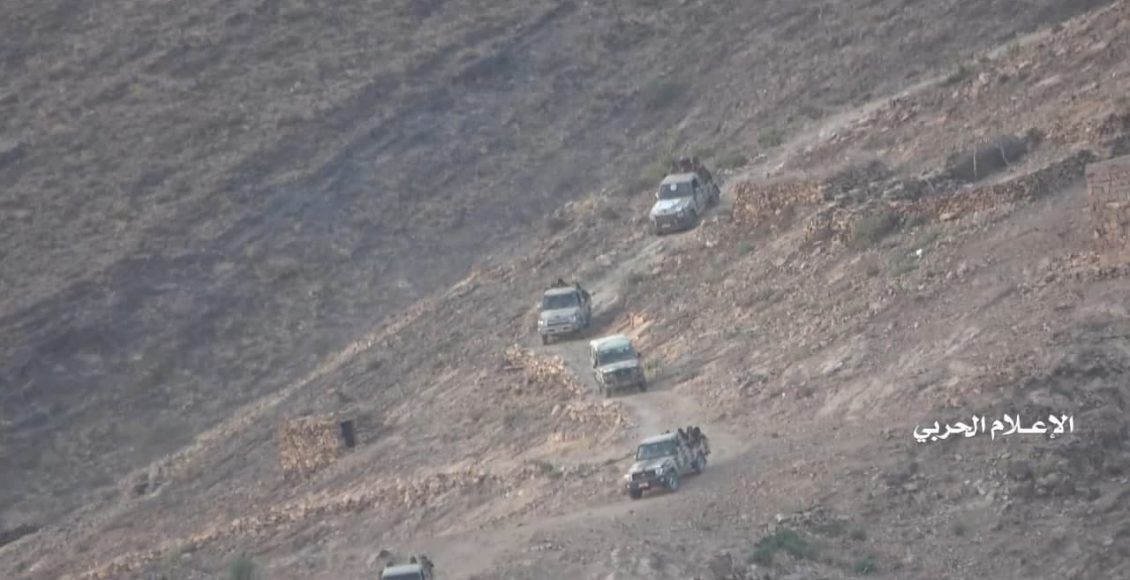 Military Media Realeses Scenes of Liberation of Strategic Sites in Al-Juba, Marib, As Part Of the “Spring Of Victory” Operation

Today, Friday, the military media released the first episode of the fields of jihad that accompanied the second phase of the “Spring of Victory” operation, which led to the complete liberation of the districts of Juba and Murad Mount in Marib governorate.

On Wednesday, the official spokesman of the armed forces announced the second phase of the operation, during which the armed forces managed to liberate the districts of Al-Juba and Murad Miunt in Marib governorate. He added that the operation led to heavy losses amid the mercenaries of the foreign aggression’s agents.

On Sunday, the official spokesman for the armed forces, Brigadier General Yahya Saree, revealed in a press conference the results of the first phase of the operation in the governorates of Shabwa and Marib, which ended with the liberation of an area estimated at more than 3,200 square kilometers.He explained that the forces succeeded, with God’s help, in liberating Usaylan ,Bayhan and Ayn in Shabwa governorate, and the liberation of Harib and Abdiya districts and parts of the districts of Murad Mount and Juba in Marib governorate, bringing the total liberation during the operation to 3,200 square kilometers.

He added that the first phase of the Operation led to the killing, wounding and capturing of 1,840 mercenaries, including 550 dead, 1,200 wounded, and 90 captives. Among the dead were leaders of the so-called ISIS and al-Qaeda, which were based in Abdiya and a den of its dens, and there it received support and backing from the coalition of aggression and leaders mercenaries in Marib governorate.

Brigadier-General Sare’e revealed that the units of the Air Force participated in the implementation of the first phase of the operation, several units, including the Air Force, carried out more than 278 operations, including: 161 operations targeting enemy sites and gatherings in the occupied territories, as well as 117 operations in the territory of the Saudi enemy. The missile force has 130 operations, of which 95 are in the occupied territories, and 35 are in the Saudi depth.

Brigadier-General Saree also confirmed that the Air Defense Forces succeeded, during the implementation of this operation, in downing four reconnaissance planes, a CH4 plane, a Wing Loong plane, and two Scandinavian planes, in addition to the 296 successful operations against warplanes.

Brigadier General Saree added that the forces continued to carry out the operation despite the intensification of the Saudi-American aggression’s air raids.

Airstriked by the aggression on Marib, Al-Jawf, Saada ,Shabwa, and 180 Violations Recorded in Hodeidah