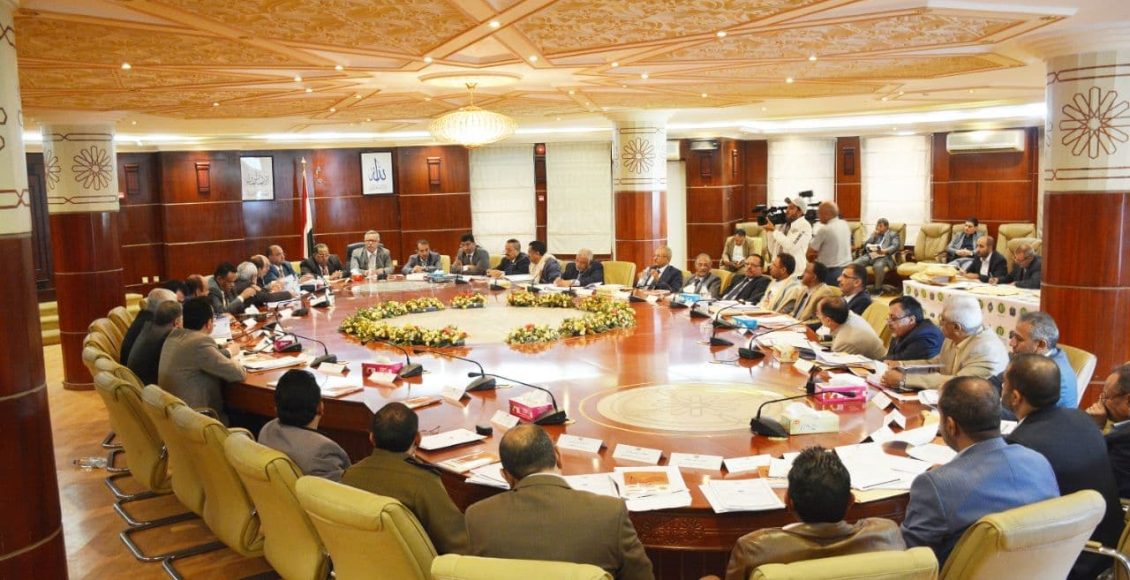 Cabinet directs all ministries to inspect conditions of liberated districts

The Cabinet, in its Tuesday meeting chaired by Prime Minister Dr. Abdulaziz bin Habtoor, directed all ministries and relevant authorities to inspect conditions of the liberated districts in Bayda, Shabwa and Marib provinces to determine their needs and work to provide them.

In the meeting, Dr. bin Habtoor briefed the cabinet on the recent meeting of the Revolution Leader, Sayyed Abdulmalik Al-Houthi, with sheikhs, dignitaries and social figures from the three provinces, and the most prominent issues raised by them about the situation in their areas and the needs of citizens therein.

The meeting discussed, in light of the Prime Minister’s briefing, the nature of the urgent basic development and service needs of the provinces and the responsibilities of the various ministries and government agencies.

The cabinet stressed that the government will pay special attention to the province of Bayda and the liberated districts in the provinces of Shabwa and Marib in its future plans and projects.

President Al-Mashat inaugurates the Leader Martyrs’ Exhibition and visits the…

Major General Al-Moshki: The blood of the martyrs resulted in achieving victory and…