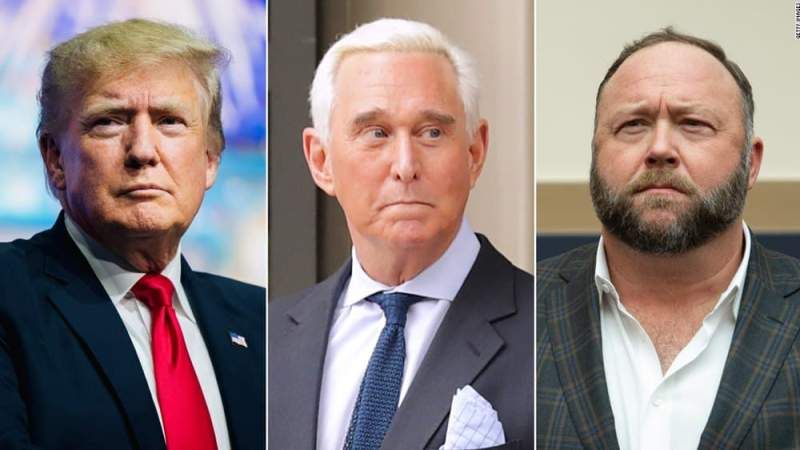 The US House of Representatives has issued subpoenas for two more of former President Donald Trump’s allies over their links to the deadly January 6 attack on Capitol Hill by Trump’s supporters.
The 8-member House committee probing Trump’s role in the Capitol riot said on Monday it issued subpoenas to Roger Stone and Alex Jones.

Stone, who is a long-time ally and political adviser to Trump, is identified as a far-right political operative.

During his presidency, Trump commuted a 3-year sentence of Stone, who had been convicted for lying under oath to lawmakers as part of a probe into the alleged Russian interference in the 2016 US presidential election.

Stone said in a statement he had not yet seen the subpoena, adding: “I had no advance knowledge of the events that took place at the Capitol on that day.”