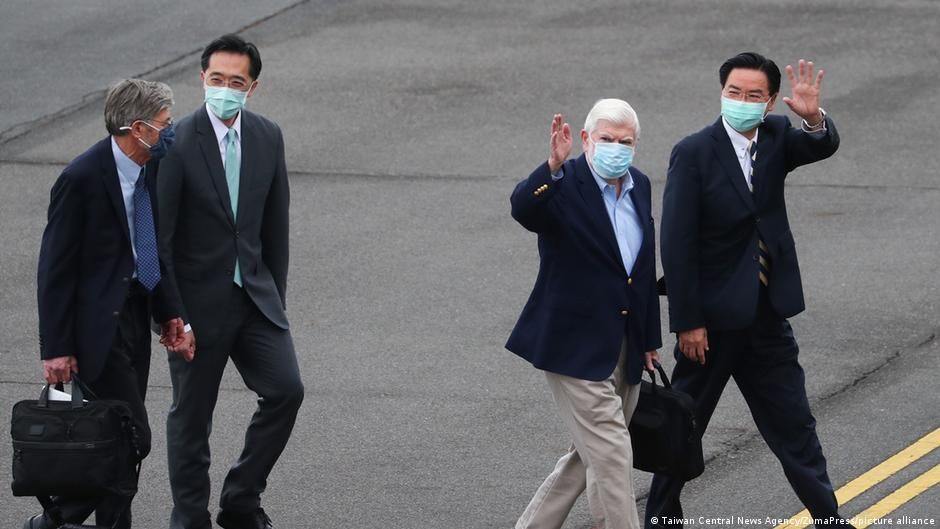 Amid dramatically escalating tensions between Washington and Beijing, a delegation of five US legislators met with the top Chinese Taipei leadership on Friday, despite a “blunt message” from China to call off the trip.

The bipartisan group of legislators from the US House of Representatives, who arrived in the self-governing island on Thursday, held talks with President Tsai Ing-wen and other senior officials.

Slotkin, who represents Michigan’s 8th congressional district, said her office received a “blunt message” from the Chinese Embassy, telling her to “call off the trip”. But she decided to go ahead with it.

Mace also said that the China’s embassy had demanded that they cancel the trip. “We’ve had a productive and meaningful visit throughout the Indo-Pacific region as the first bipartisan US House delegation since the start of COVID,” she wrote on Twitter.

Takano, who is leading the delegation, was quoted as saying that they were in Taiwan to “remind our partners and allies, after two trying years that we’ve endured, that our commitment and shared responsibility for a free and secure Indo-Pacific region remain stronger than ever”.

He hastened to add that the US relationship with Taiwan is “rock solid and has remained steadfast as the ties between us have deepened”.

According to reports, during the meeting, Tsai stressed on cooperation between the two sides in veterans’ affairs, economic issues and trade while reiterating the island’s close alignment with the US.

“Taiwan will continue to step up cooperation with the United States in order to uphold our shared values of freedom and democracy and to ensure peace and stability in the region,” he said.

It is the third delegation-level visit by US legislators to Chinese Taipei this year and comes a few weeks after another group of six US Congress members, all Republicans, visited the island.

US President Joe Biden has invited Chinese Taipei to a “Summit for Democracy” next month, a move denounced by China, which claims sovereignty over the island.

Biden had earlier this month stressed that he was not encouraging Taiwan’s “independence” after using the word to explain discussions he had with his Chinese counterpart, Xi Jinping, during a virtual summit.

“I said that they have to decide — Taiwan, not us. We are not encouraging independence,” Biden said on an airport tarmac in New Hampshire, days after the summit. “We’re encouraging that they do exactly what the Taiwan Act requires,” he went on, referring to the 1979 law dictating the American approach to the island. “That’s what we’re doing. Let them make up their mind. Period.”

China’s Foreign Ministry spokesman Zhao Lijian on Wednesday reacted strongly to the visits of US legislators to the island, marking fresh escalation between the world’s two biggest economies.

“What the US did proves that the so-called democracy is just a pretext and tool for it to pursue geopolitical goals, suppress other countries, divide the world, serve its own interest and maintain its hegemony in the world,” Lijian said.

China has sovereignty over Chinese Taipei, and under the “One China” policy, almost all world countries recognize that sovereignty. The US, too, recognizes Chinese sovereignty over the island but has long courted Taipei in an attempt to unnerve Beijing.

Tensions between Chinese Taipei, China, and the US have seen a dramatic escalation recently.

China has been reportedly flying fighter jets close to Chinese Taipei while the US has deployed troops in the territory for military exercises deemed provocative by Beijing.

Last month, Biden said the United States would come to Taipei’s aid if it were to come under attack from China, claiming it had a commitment to defend the self-ruled island.

United States, which backs secessionism in the self-ruled island, has been selling weapons to the rulers there in violation of its own official policy.

Families of the homeland’s Dead Defenders i Dhamar Run a Convoy of Winter Clothes, Foodstuffs in Support of those Stationed on the Fronts