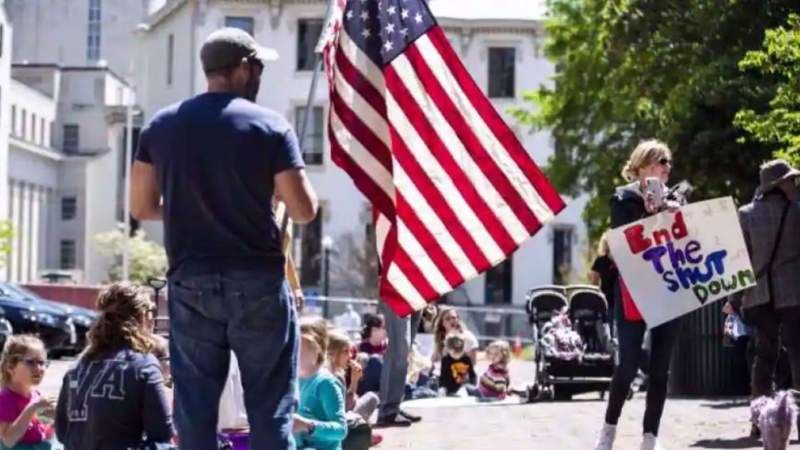 Fauci Says US Is Not Locking Down to Fight Omicron

Top US infectious disease official Dr. Anthony Fauci has called on Americans to prepare to fight the spread of the new COVID-19 variant Omicron, but says it is too soon to implement lockdowns.
The United States must do “anything and everything” amid likely cases of the variant, but it is “too early to say” whether we need new lockdowns or mandates, Fauci told ABC News on Sunday, according to Reuters.

“You want to be prepared to do anything and everything,” he added.

Omicron has been found in multiple countries after it was initially discovered in South Africa.

The new variant – called B.1.1.529 – has a spike protein that is significantly different from the one in the original coronavirus on which COVID-19 vaccines are based.

Its mutations are likely to evade the immune response generated both by vaccination and prior infection. Also, it has mutations associated with increased infectivity.

Countries around the world have reacted with alarm to the new variant with the European Union and Britain among those tightening border controls as scientists seek to find out if the mutation was vaccine-resistant.

The World Health Organization (WHO), however, has cautioned against hasty measures and South Africa said a British ban on flights seemed rushed.

The Biden administration has said it will restrict travel from South Africa, Botswana, Zimbabwe, Namibia, Lesotho, Eswatini, Mozambique and Malawi starting on Monday.

Fauci told Weekend TODAY on Saturday that the travel restrictions on African nations are a way of buying time.

“The issue of blocking travel from a given country is to just give us time to assess it better,” Fauci said. “That’s the reason for doing that, not any reason to panic, but we want to give us some time to really fill in the blanks of what we don’t know right now,” the chief medical advisor to Biden said.

He went on say that public health experts are working to find answers to questions such as whether the new variant causes more severe diseases and whether it can evade protection from vaccines or treatments.

“Anybody who’s looking at this carefully realizes that there’s a distinct anti-science flavor to this,” Fauci told CBS host Margaret Brennan. “If they get up and criticize science, nobody’s going to know what they’re talking about. But if they get up and really aim their bullets at Tony Fauci — people could recognize there’s a person there.”
“It’s easy to criticize, but they’re really criticizing science because I represent science. That’s dangerous,” he said. “To me, that’s more dangerous than the slings and the arrows that get thrown at me. I’m not going to be around here forever, but science is going to be here forever.”

“I’m just going to do my job and I’m going to be saving lives and they’re going to be lying,” he added.