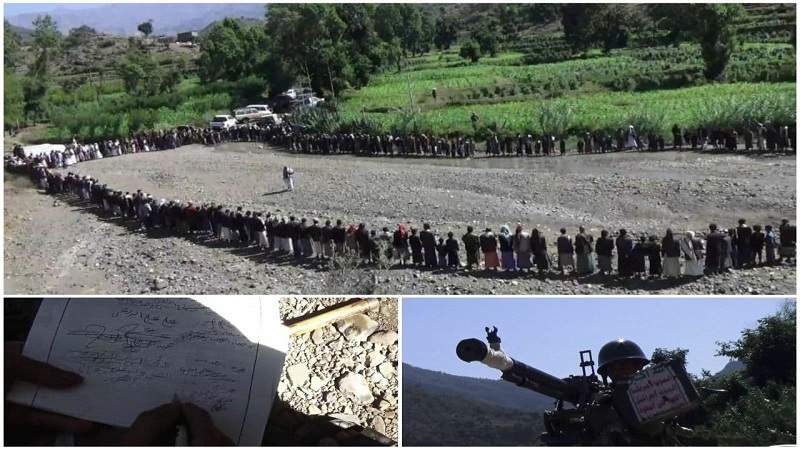 The Tribes of Al-Hayma Announces Supporting the fronts, and Invites the Deceived to Take Advantage of the Opportunity of the General Amnesty

He called on the deceived sons of Al-Hayma in Sana’a governorate to return to the ranks of the homeland by taking advantage of the general amnesty decision.

The sons of Al-Hayma announced in a protest pause today, Wednesday, the innocence of the mercenaries and traitors, and the affirmation of the continuation of mobilization and mobilization in the face of aggression.

They denounced, in the presence of officials, the crimes of the US-Saudi aggression and terrorism against the Yemeni people, the execution of prisoners and the tightening of the siege.

They called for mobilization and movement to confront the aggression and to thwart its plans targeting Yemen’s land and people, and to strengthen efforts to supply those stationed in the fronts with more men, money and food.