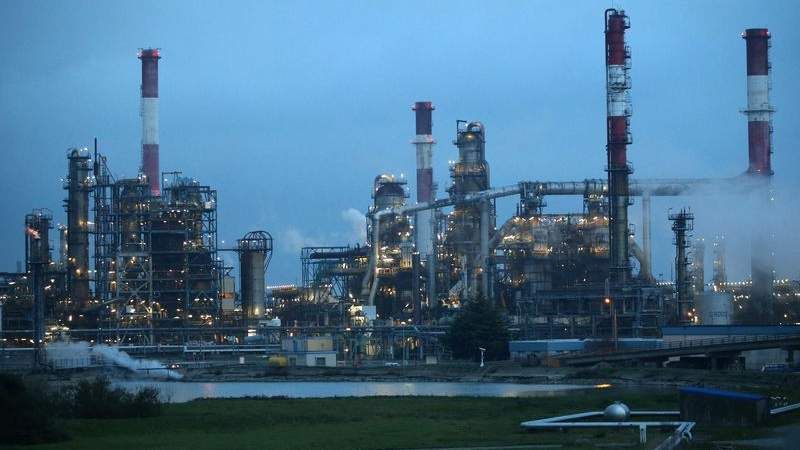 Oil prices rose more than $1 on Tuesday to a more than seven-year high on worries about possible supply disruptions after Yemen’s retaliatory attacks on the United Arab Emirates depth.

Both benchmarks climbed to their highest levels since October 2014 on Tuesday.

The “new geopolitical tension added to ongoing signs of tightness across the market,” ANZ Research analyst said in a note.

According to the Financial Times, oil prices have breached $87 a barrel to a seven-year high as they climbed for a third consecutive session, threatening to propel global inflation higher.

The price for Brent crude, the international benchmark, was up 1.3 per cent to $87.63 a barrel on Tuesday, the highest since 2014 when oil topped $115. The oil price has risen about 13 per cent this year.

On Monday, the Armed Forces announced a qualitative military operation, targeting the Emirati depth, in response to the escalation of the US-Saudi-Emirati aggression.

The armed forces said in a statement that the operation targeted the Dubai and Abu Dhabi airports, the Musaffah oil refinery in Abu Dhabi and a number of important and sensitive Emirati sites and facilities.

“The Armed Forces are implementing today what they promised, and they renewed their warning to the countries of aggression that they will receive more painful blows,” Sare’e added.

The Armed Forces warned foreign companies, citizens and residents of the UAE enemy state to stay away from vital sites and facilities for their own safety.

“We will not hesitate to expand the Bank of Targets to include more important sites and facilities during the coming period,” the spokesman for the Armed Forces warned, declaring that the UAE is an unsafe state as long as its aggressive escalation against Yemen continues.

The UAE has recently escalated its aggression against Yemen, by sending forces under its command, which it calls the Giants Brigades, formed from Salafist, Takfiri and Daesh groups, to attack the districts of Shabwa Governorate. It has also escalated its aggression by transferring weapons and military equipment to militias affiliated with the aggression through Yemeni territorial waters.

The aggression committs violations on Hodeidah