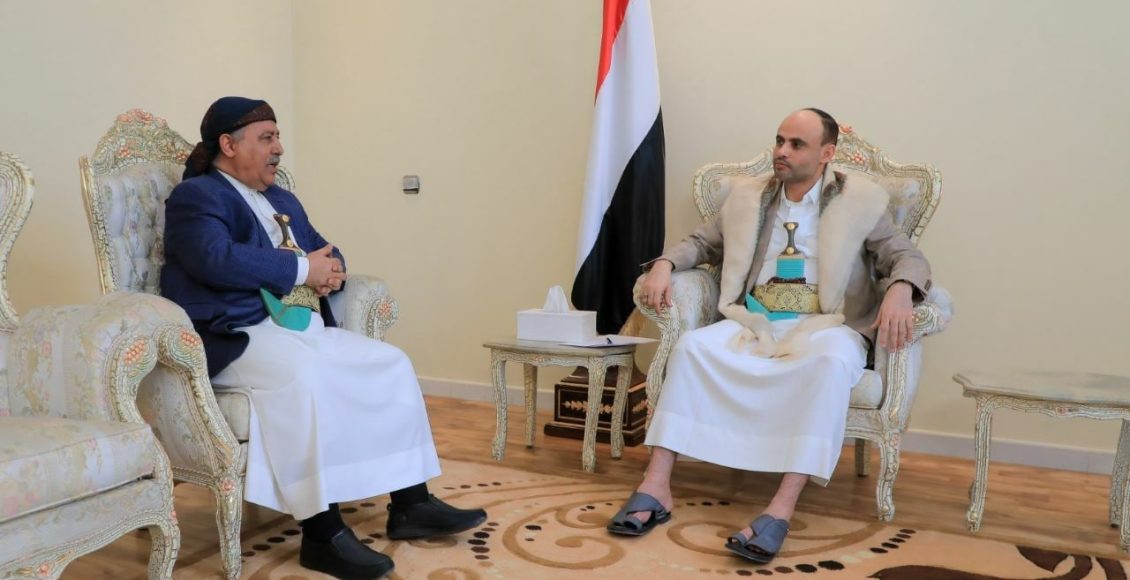 Yemeni President Mahdi Al-Mashat and Parliament Speaker Yahya Ali Al-Rai discussed  developments on the national scene, in light of the escalation of the US-Saudi-Emirati aggression and its horrific crimes against civilians, as well as its systematic targeting of Yemen’s capabilities.

During their meeting, Al-Mashat and Al-Rai touched on aspects related to strengthening coordination and integration between the legislative and executive authorities to keep pace with the requirements of the stage in light of the challenges imposed by the aggression and siege.

They condemned the crimes committed by the aggression’s aircraft in a prison in Sa’ada governorate, the communications building in Hodeida, and the residential neighborhood in the capital, Sana’a. They also condemned the aggression’s continued destruction of the infrastructure of the Yemeni people in light of a flawed international and UN silence.

Meanwhile, they congratulated the Operation Yemen Hurricane II carried out by the Yemeni Armed Forces in the UAE and Saudi Arabia, within the framework of the right of legitimate response to the escalation of aggression and the crimes it perpetrated against the Yemeni people.